Viktor, a wounded soldier from the consolidated demining unit, has undergone a medical examination and had his dressing changed.
His mood is optimistic, Viktor’s wounds are slowly healing, and his temperature rises less often.
According to him, after a year of constant inflammation in his leg, which almost resulted in amputation, his general health has greatly improved.
Viktor’s leg is gradually being corrected with an external fixation apparatus. In about six weeks an X-ray will be taken, after which doctors will decide on the timing of his operation.
To read more about Viktor’s injury and treatment follow this link.

On October 1, wounded 51st Brigade soldier Yuriy entered the primary stage of treatment. Yuriy, who has had a nonunion fracture of the tibia for a year, underwent surgery using stem cell technology on October 2.
More information about Yuriy’s injury and treatment here. 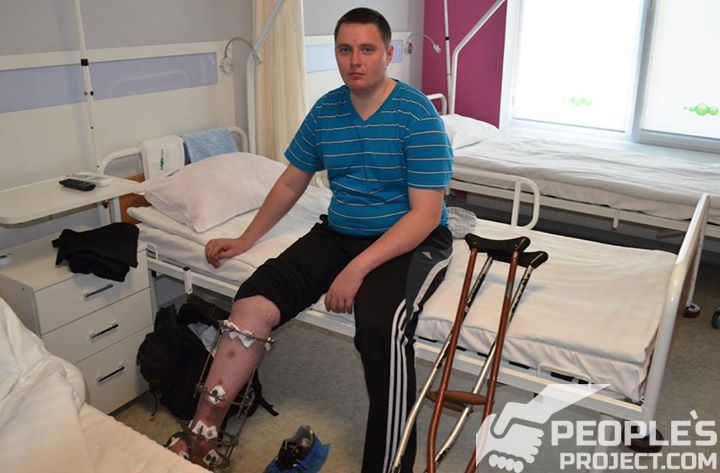 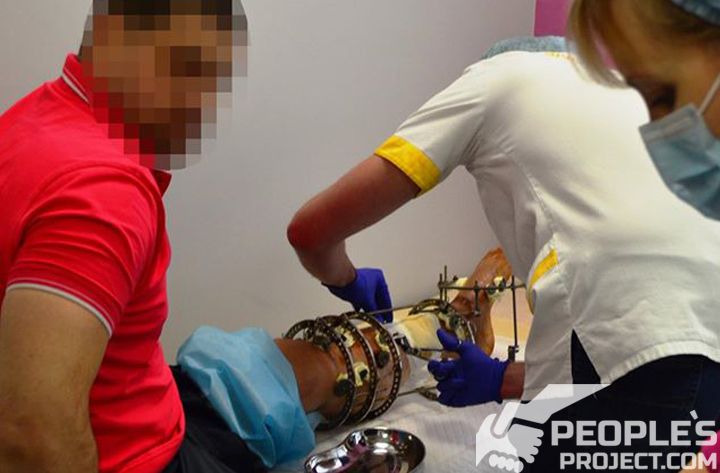