Fighter with the 30th Brigade and Armed Forces officer, Volodymyr has been discharged to return home to recover from his first stage of treatment.
On December 1, 2015, the soldier underwent surgery, during which at the site of his talus defect was introduced 3D-gel with osteoplastic chip material and autologous stem cells, the foot was fitted with an extrafocal device for osteosynthesis of the bone.
We wish Volodymyr a speedy recovery and await the results of the first X-ray in 1.5 months.

Volodymyr, a fighter with 30th Brigade (from Novohrad-Volynskyi), was wounded on July 27 last year while taking Saur-Mohyla. He received explosive shell wounds due to enemy shelling – almost the entire left half of the body of soldier suffered shrapnel wounds, however, the most affected was his left leg.
The treatment Volodymyr received in public health facilities was to simply extract fragments however the damage to his bone remained unresolved for a year. The soldier could not even stand because of severe pain. In case of non-treatment he was threatened with aseptic necrosis of the talus. However, his friends and volunteers never gave up hope of finding a solution, and once they learned about the Bioengineering Rehabilitation for Wounded project, they recommended soldier immediately seek help.

Read more about Volodymyr’s injury and treatment at this link. 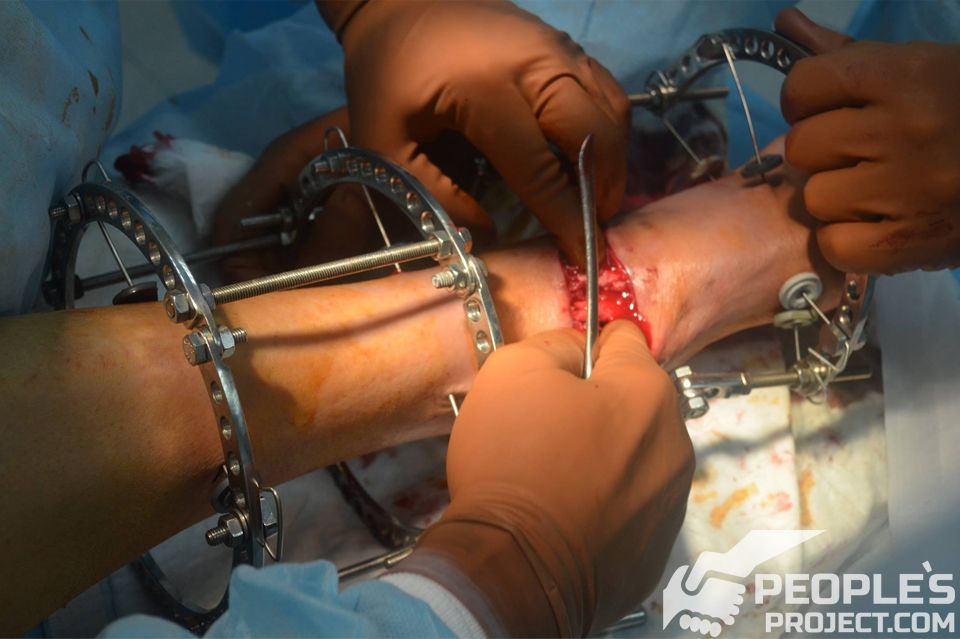 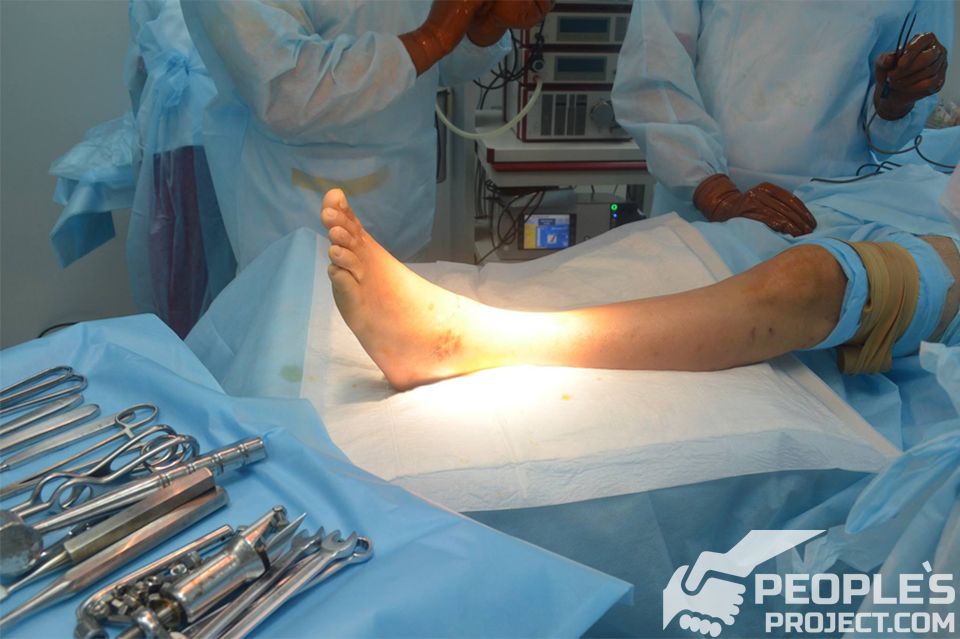 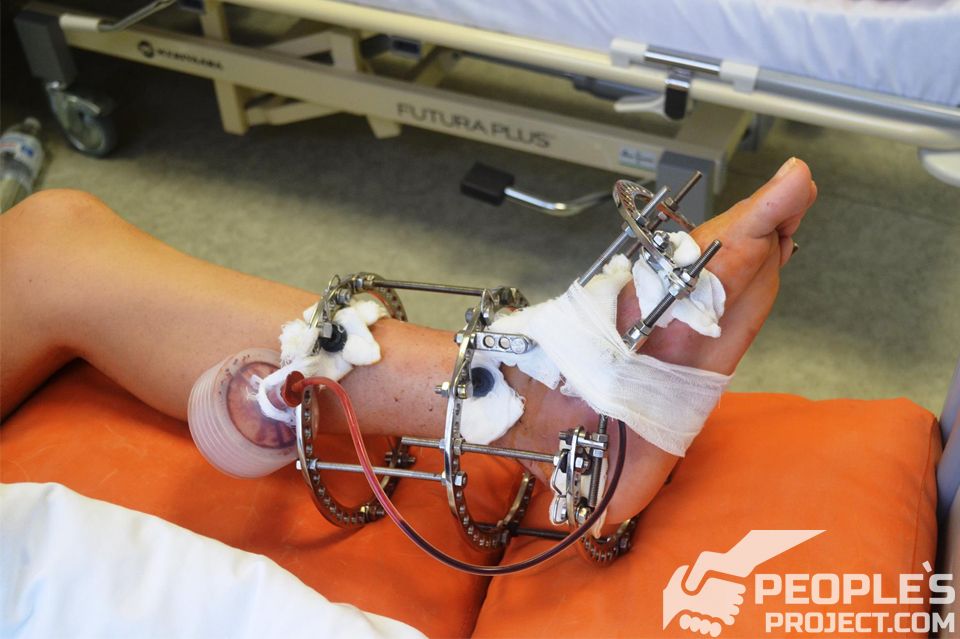