Here is Yevhen again! The appointed time has come, and the man arrived in the clinic for another stage of treatment. This time the doctors removed the Ilizarov apparatus that had been fixing the limb before the surgery from Yevhen’s leg to give it the opportunity to fuse and heal up well. 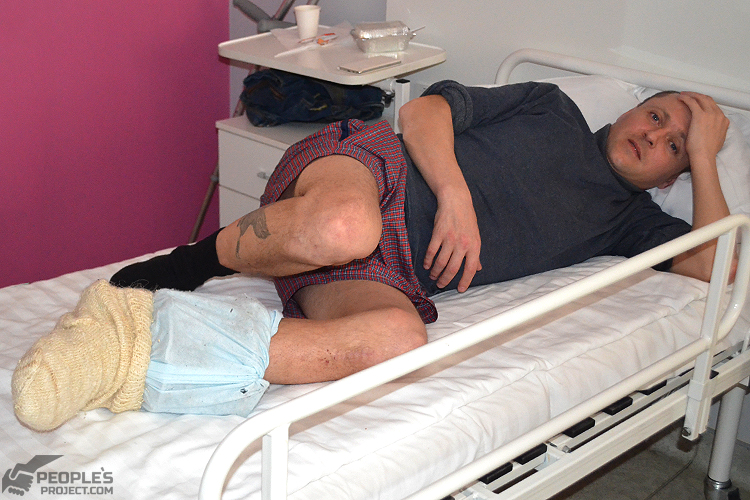 But Yevhen’s leg did not remain free of fixing for long: almost at once the doctors confined it into the gypsum case. For the next two weeks Yevhen will have to walk with the crutches: his leg must get used to certain freedom of movement, still it is too early to give it a load. 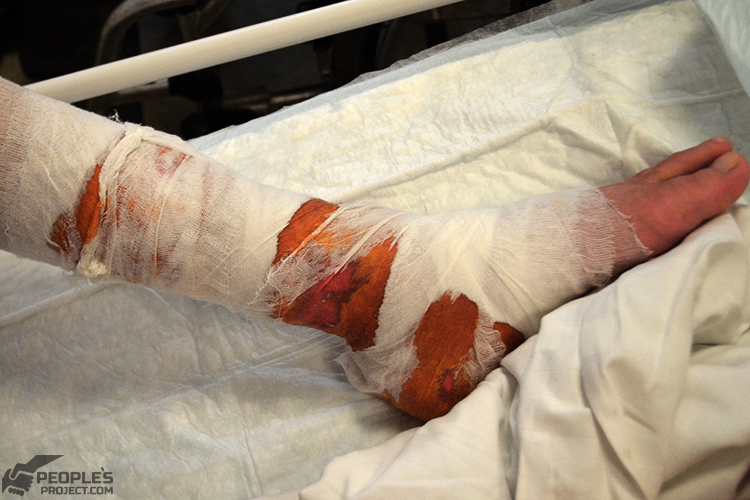 Looking a bit harsh yet as the surgery has just finished

Soon, Yevhen will have to gradually increase the load on his leg. The examination showed that the arthrodesis fused as expected which means the foot will need to adjust to repartition of the body weight while walking. 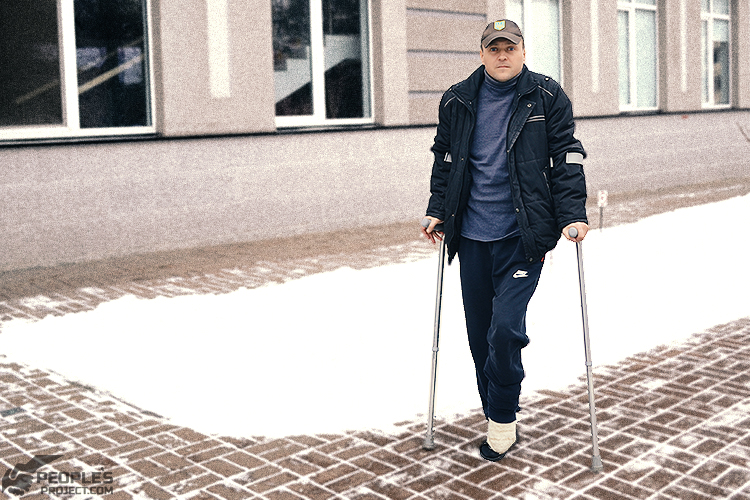 Yevhen applied to the Bioengineering Rehabilitation for Wounded because of continuous severe pain. Two years ago, during his service in Donbas with the 92nd Mechanized Brigade, Yevhen had been hit by an enemy shrapnel. His foot gone severely wounded. Doctors managed to fuse up the bones in it, but the fusion did not go right, so Yevhen started to experience pain while stepping on the injured limb. For the moment of Yevhen’s application to the Biotech, the bones of the foot traumatized one another, so actually there was no other way out but arthrodesis to fix the problem. 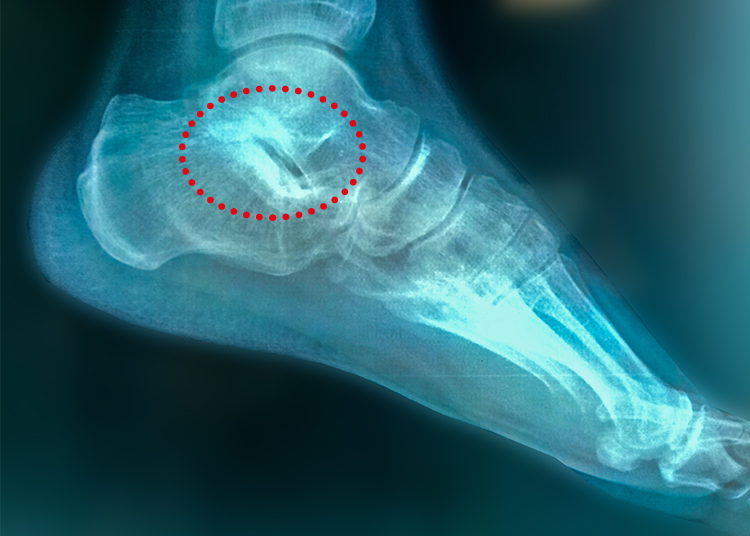 The defected zone: these two bones that failed to fuse straight, reciprocally damaged one another

The money for Yevhen’s treatment were collected almost immediately: as soon as there was no need for application of cell technology and his case implied use of traditional surgical methods solely, the sum was comparatively small. Volunteers, sympathetic people, Sumy local community whose homie Yevhen is, got engaged in his case immediately. Still, Yevhen is not the Project’s last patient who require our support. Actually, it is your compassion and your generous contributions give us the opportunity to bring wounded fighters back to normal life. That is why we, the volunteers of People’s Project, are repeatedly urging you to participate in the initiative: your care and support do save wounded fighters’ lives!