Over the past month eight Ukrainian fighters have been killed in the forefront or died of wounds sustained earlier. Three of them were just twenty years’ old another guy was 23. Out of the eight fallen heroes, three served with the 72nd Chorni Zaporozhtsi Brigade; two belonged to the 36th Naval Infantry Brigade and another two – to the 58th Motorized infantry Brigade. One of them fought with the 54th Reconnaissance Battalion of the AFU, the Novynarnia media outlet reports. Four defenders lost their lives in battles on the Svitlodarska bulge. The rest of them were killed in the Azov region and near Horlivka.

Over the past month, only eleven days resulted in no casualties, according to the JFO and the Ministry of Defense HQ’s reports. 44 military men got wounded over the same period. Based on the number of attacks, the so called school truce doesn’t work. Belyaiev, Avdiyenko, Karpun, Platonov, Rubanskyi, Buhayevskyi, Matienko, Tkachov. For all of them, this fall has become the last one. Still our heroes and defenders stay with us as long as we remember them. 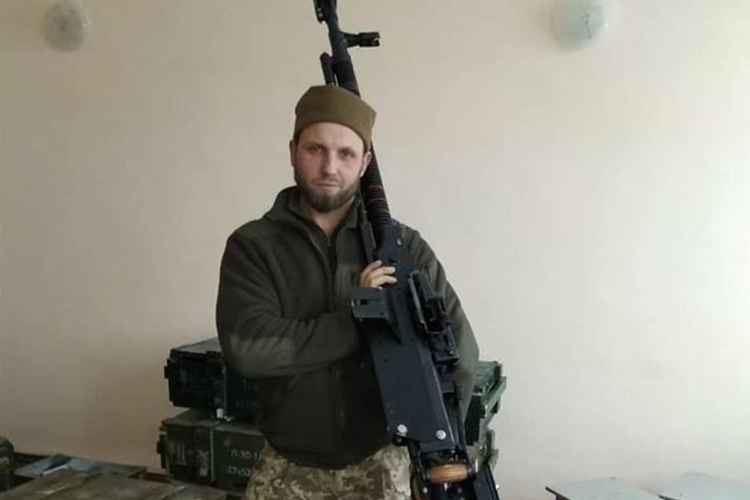 Senior soldier Ivan Belyaiev, senior scout and radio operator with the 54th reconnaissance battalion, was killed on the 1st of September.

He was 32 years old; he was born on the 21st of March, 1986, in Kharkiv. He served his military service in due time, and then exercised the profession of a cook at a restaurant. Ivan took active participation in the Maidan events; he was a member of Kharkiv territorial defense and Vzayemodia (“Co-operation”) NGO. He signed a contract with the AFU in March of 2017. The commander of the AFU’s 54th reconnaissance battalion Serhiy Vysokolian reported at the press briefing that during the engineering works on a new observation post in the Svitlodarsk direction a serviceman hit an explosion device and sustained the injuries imcompatibles with life. Another military, chief watcher of the same observation post, got wounded. Ivan Belyaiev was buried in the Alley of Heroes in his native town on the 5th of September. He was survived by mother and brother. 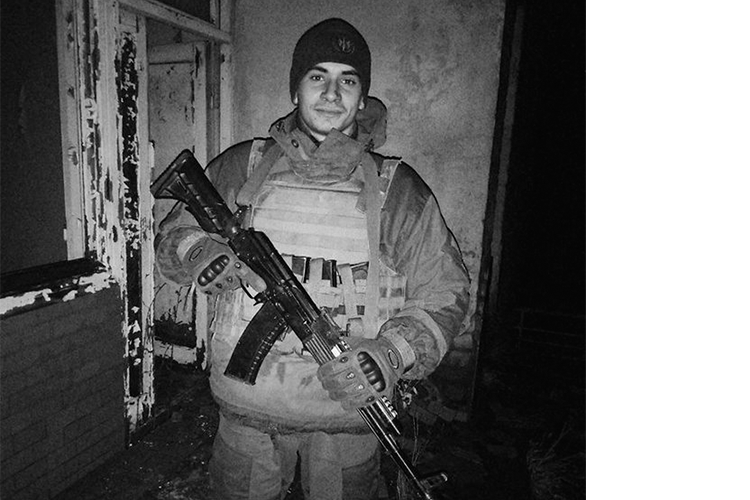 Maksym Avdiyenko was only 20 years old. He was born on the 29th of January, 1998, in the village of Hirsk, Chernihiv region, which is located far from the sea. He lived in the district center Snovsk (former Shchors). He graduated from the local forest management college in 2016. Still he chose not to exercise the profession he had got, and instead joined the marines. As he was 18, Max signed a contract and started his military service in July of 2016. Following the training course in Starychi he joined the 503rd battalion of the 36 Naval Infantry Brigade.

A leading crewman, the guy served as a gun operator with the anti-aircraft artillery platoon of the fire support company.

Maksym died due to explosive wound he got on the 5th of September about 18:45 in fighting near the village of Vodiane, Volnovakha district, in the Azov region. The stronghold where Avdiyenko and his comrades were positioned, was shelled from the anti-tank mortars. “The enemy’s attack was suppressed thanks to efficient performance of the operating firepower. This resulted in a life-saving outcome for deckhand Avdiyenko’s comrades. Unfortunately, Maksym Avdiyenko himself sustained a severe injury. He was evacuated on time, and given all kinds of due first aid. Still his wound proved to be fatal. For the bravery shown in the battle, Maksym Avdiyenko was recommended to a state award posthumously”, – the JFO HQ’s spokeswoman said.

The marine was buried in his native village of Hirsk. He is survived by parents, elder brother and young wife, to whom Maksym got married just in past July, during his leave. 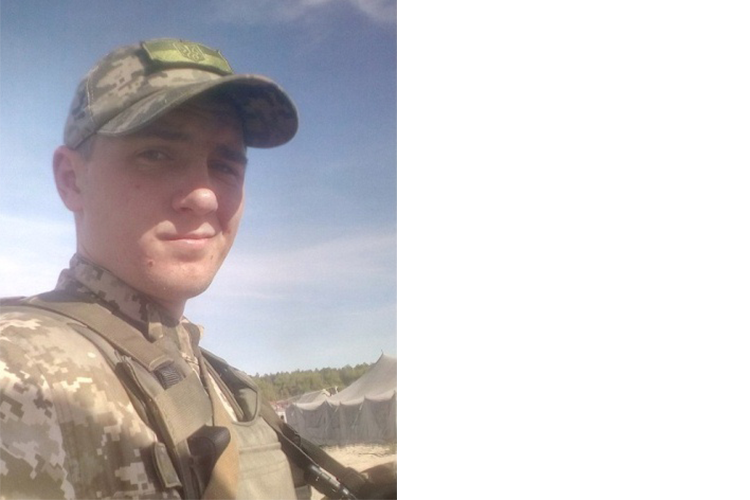 Vladyslav Karpun was only 20 years old as well. He was born on the 27th of July, 1998, in the village of Velyka Rublivka, Kotelevsky district, Poltava region. Like Maksym Avdiyenko, Vladyslav also signed his military contract with the AFU as soon as he turned 18, in August of 2016. Following the training course he took at the Desna military training center, Karpun became the gunner of the air-defense division of the 16th Poltava motorized infantry battalion of the 58th Brigade.

That day, on the 7th od September, Vlad’s subdivision was holding defense in the outskirts of Novhorodske, near Horlivka. Occupiers opened fire at their stronghold using automatic grenade launcher, large caliber machine guns and small arms. In addition, the opponent deployed tracer ammunition to start a fire in deadwood. A fire started during the battle. “The active firepower of the subdivision that was holding defense, opened fire to suppress the enemy fire positions.  At 13:45 shelling on the part of occupiers was stopped. The fire was extinguished by the AFU servicemen. Unfortunately, senior soldier Vladyslav Karpun was injured during the battle. The wounded was evacuated to hospital where military doctors fought for his life for about six hours. Still the wounds he had sustained were fatal,” – the JFO HQ’s spokeswoman Victoria Danylchuk reported.

For the bravery and heroism shown on the battlefield, Vladyslav Karpun was recommended for a state award posthumously. Officials at Poltava regional recruitment office specified that Vlad died in a hospital at 1:00 AM on the 8th of September. He is survived by his mother, sister, wife and a little son under one-year age. 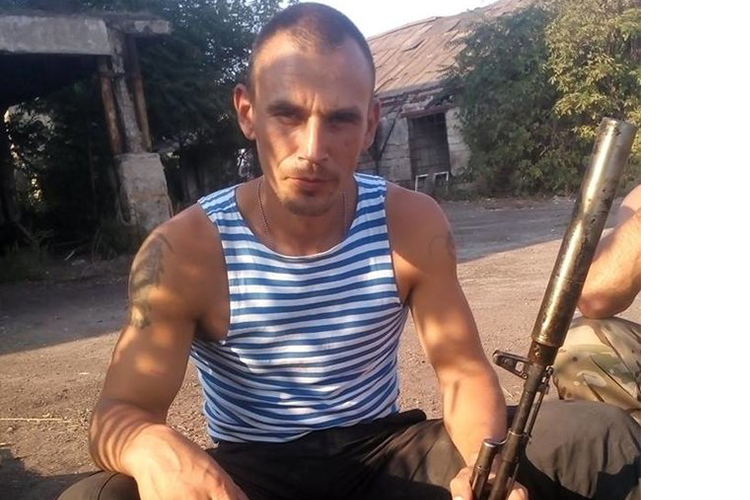 Another fallen marine who was killed in September, was Serhiy “Hans” Platonov from the 503rd battalion of the 36th Marine Brigade of the AFU. The corporal got a fatal injury to his head about 18:15 PM on the 10th of September, when the enemy shelled our stronghold near the village of Vodiane, Volnovakha district of the Azov region using mortars and anti-tank missiles.

Serhiy Platonov was 39 (he was born on the 15th of August, 1089, in the city of Artsyz, Odesa region). He was raised in the family of a military man, and lost his parents at the young age. At the beginning of the war, since 2014, he was serving in the airborne troops, with the 3rd Phoenix battalion of the 79th Air Assault Brigade. In spring of 2015th his brigade was holding defense on the Mariupol coast; then Hans’s picture was published on the Den (“The Day”) newspaper’s first page. Later that year Serhiy was demobilized, but in 2016 he renewed his service in the AFU having signed a contract for military service with marines.

He was buried in Odesa. Serhiy is survived by his wife and three kids. 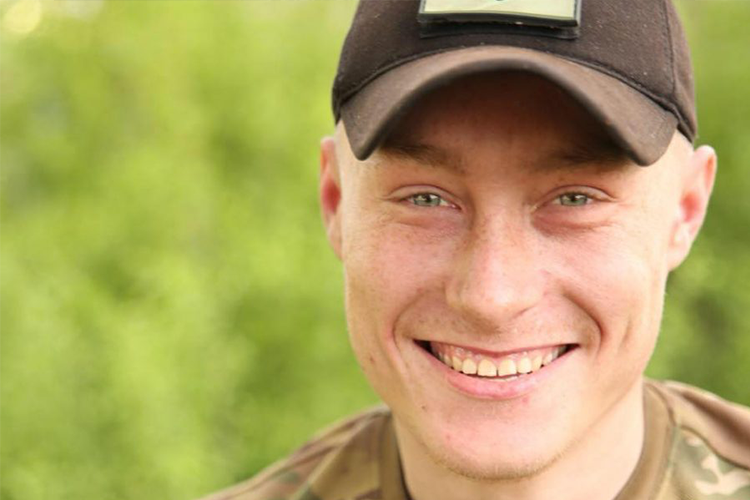 Doctors were fighting for Fedir’s life for over two months. The 23-years-old sergeant, the grenade launcher operator with the fire support division of the 1st mechanized battalion of the 72nd Mechanized Brigade sustained severe shrapnel injuries on the Svitlodarska bulge on the 24th of June. Due to these injuries the serviceman died in Kyiv Military Hospital on the 12th of September.

Fedir Serhiyovych Rubanskyi was born on the 18th of April, 1995, in Gagauz region, Moldova. Soon his mother along with her two kids moved to the village of Rudnytsia, Pishchansk district, Vinnytsia region. Fedir attended and later finished his secondary school in the same village. Later he entered professional college in the town of Kodyma, Odesa region, where he got the profession of a driver mechanic. In January of 2016 Mr. Rubanskyi signed a contract with the Armed Forces. He joined the 72nd Mechanized Brigade which acquired its name in honor of the brave warriors of the past, like Fedir, – the 72nd “Chorni Zaporozhtsi” Brigade.

The Koks callsign was among those daredevils who attacked the enemy position Almaz-2 in the Avdiivka industrial zone, or Promka for short, on the 19th of January, 2017. Following that fierce battle and shelling that claimed the lives of the 23-years-old captain Andriy Kyzylo and two other Fedir’s comrades, the position became the Ukrainian one. Specifically, his comrades praised Rubanskyi, for his unique skills in handling “the boot” – his favorite type of weapon, the SPG grenade launcher, and his rare technique of a direct shot from a closed position.

The grenade launcher operator was awarded with “For Military Service to Ukraine” and “The Defender of Ukraine” state medals.

Following the fatal injury in the Svitlodarska bulge, medics tried to save his life first in Kharkiv military hospital, then in the capital, in Kyiv Main Military Hospital. Still in vain.

The warrior was buried on the 15th of September in the village of Rudnytsia. He is survived by his mother, two sisters and girlfriend. 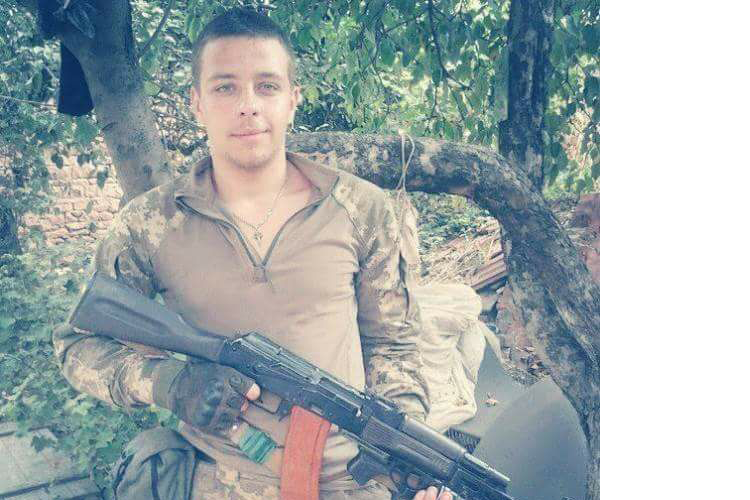 From now on Yaroslav will always remain a 20-years-old guy. Yaroslav Buhayevskyi. Corporal, a scout of the 13th Chernihiv-1 motorized infantry battalion of the 58th Motorized Infantry Brigade of the AFU. On the 11th of September he sustained multiple shrapnel injuries following the enemy shelling near Mayorsk, Horlivka direction. He was evacuated from the battlefield, still the injuries turned out to be incompatible with life, and the guy died in hospital on the night of September, 12th.

Yaroslav was buried in Lazorevske cemetery near the town of Shostka, Sumy region. Shostka was his birthplace where Yaroslav was born on the 11th of April, 1998. On finishing school, the guy entered Shostka chemistry and technology college, but never graduated from it, – instead, the guy chose military service and signed a contract with the AFU. Also, Shostka residents remember him as an active member of the Patriot physical training club: the guy got the brown belt in Aikido and a candidate for Master of Sports. He is survived by his mother and three brothers. 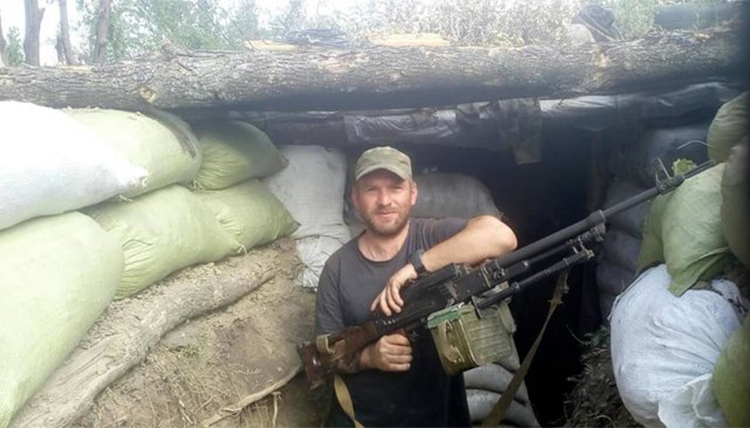 On the 18th of September, about 11:00 PM, the militants were repeatedly opening mortar fire at the positions of the 72nd Chorni Zaporozhtsi Brigade near the village of Luhanske on the Svitlodarska bulge. A 120mm rocket hit their blindage. Two Ukrainian fighters, two Volodymyrs, Matviyenko and Tkachov, sustained multiple shrapnel injuries incompatible with life.

According to the JFO HQ’s spokeswoman, sergeants Matviyenko and Tkachov remained on duty until their last minute. “As the shelling begun, they were watching the battlefield and took actions aimed at taking shelter by their comrades. Unfortunately, an enemy mine stopped their lives. For their brave and resolute action sergeant Matviyenko Volodymyr and corporal Tkachov Volodymyr were recommended to state awards posthumously,” – Viktoria Danylchuk reported.

A kyivan Volodymyr Matviyenko was 35 years old. He was born on the 12th of December, 1982 and lived in the Novobilychi district. His military position was the commander of unit of the 1st motorized infantry company with the 12th Kyiv battalion of the 72nd Brigade. Mr. Matviyenko fought near Avdiivka. He was an only child in the family. Following the public service in Kyiv’s Maidan Nezalezhnosti (Independence Square) he was buried in the Berkovetske cemetery. Volodymyr Matviyenko has become the first kyivan for whom the city authorities declared a one-day mourning. 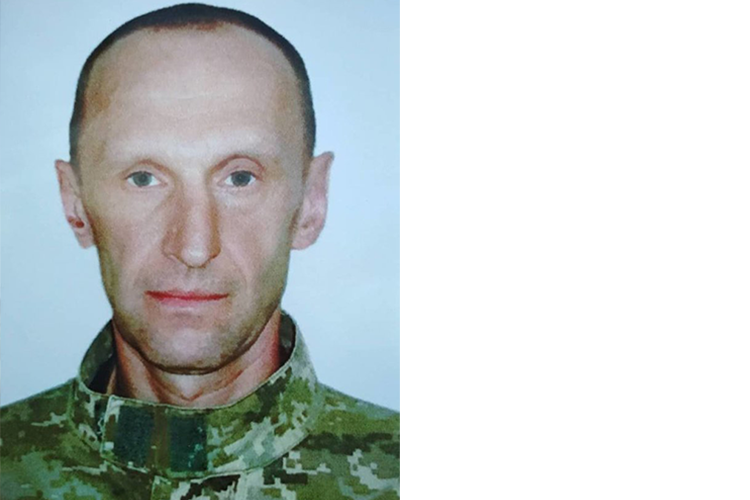 Corporal Volodymyr Tkachov was another fighter of the 72nd Brigade who was killed on the 18th of August near the village of Lyhanske. He was 48 years old. He was born on the 19th of February, 1970, in the village of Verhuny, Cherkasy region. His military position was the grenade launcher operator with the 1st motorized infantry company of the 12th battalion of the 72nd Kyiv Brigade. He was in the army since 2016. During his previous rotation he fought in the Avdiivka industrial zone, or Promka.

As a boy, Volodymyr lost his father, and in 2017 his mother died, too. He is survived by his sister. Mr. Tkachov was buried in his home village of Verhuny. “He used to have a very distinctive citizenship and faithfully patriotic attitude which made him our true defender and genuine warrior”, – Volodymyr Viktorovych’s fellow villager, Ms. Olesia Chvyrkalyuk said during the burial service.

Eternal glory to those fallen in the name of freedom and independence of Ukraine.