On seeing our flags, I started to cry

Home/News/On seeing our flags, I started to cry

On seeing our flags, I started to cry

On the 19th of July, 2014, Ukrainian military started the joint operation on liberation of the strategically important transport hub of the Lysychansk–Severodonetsk agglomeration from Aleksey Mozgovoi’s gang of militants named “Prizrak” (“the Ghost”). Almost simultaneously the Ukrainian troops consisting of the 24th Mechanized Brigade of the AFU, volunteers from “Donbas” Battalion and “Chernihiv” Territorial Defense Battalion advanced toward Lysychansk and Severodonetsk. Inhabitants of Severodonetsk recollect that the liberation of the town took little time, and the locals cried with happiness. 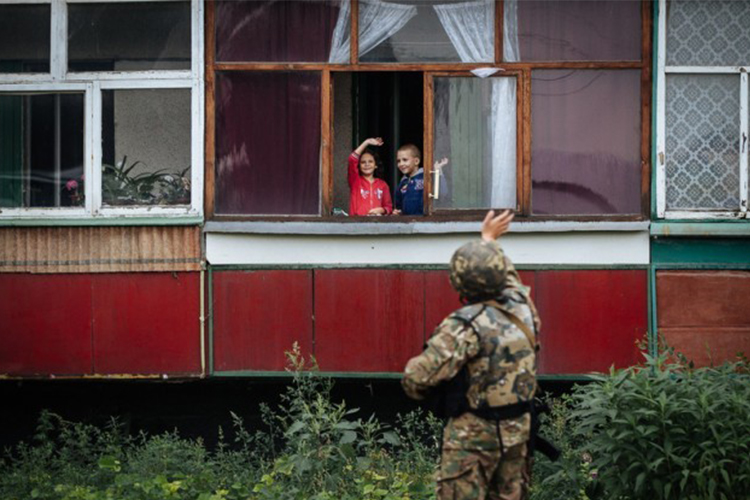 “There was a billboard near my place – one side contained Mozgovoy’s face and another featured the “LPR” flag. They placed these images very fast, probably in the night time. It started raining. While going to my workplace I noticed that one of the strips constituting the image on the billboard, went loose. I said to my colleagues that when the whole picture will go off, we’ll get liberated. In some time, another strip came away. And only a small strip of paper remained. On the 21st of July I was going to work, it was raining again. I looked at the board – there were no paper remaining on it. Just a tiny scrap laying on the grass. So I told them the time came and we were going to be liberated,” – Tetyana Belyanskaya, a local woman, recollects. “About that time there emerged a video on the web, in which a tank moved from Rubizhne toward our town, still it was unclear whether it moved to Lysychansk or to Severodonetsk. Our joy was overwhelming! But on the night of the 21st of July there was fierce shelling. We were extremely scared when an aircraft did a lowpass over our heads once,” – she told. Shelling lasted until the morning. Nevertheless, the woman went to work next day, on the 22nd of July. She was eager to see our military entering the town under Ukrainian banners. “I cannot say what it felt like. It was crazy. It felt both uncertain and incomparable to anything else. I came out in the street and saw the first vehicles, dirty and dusty all over, with Ukrainian flags flying over them. I started to cry and shout; waved my hands frantically. Even now, when I recollect those events, I start crying.” 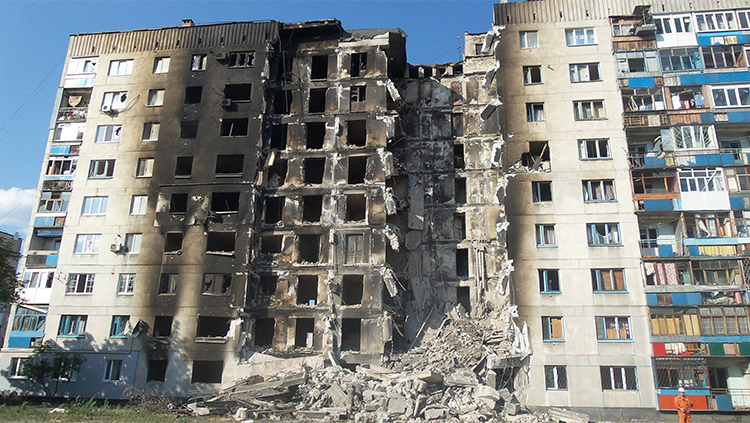 The late commander of the Kryvyi Rih Brigade of the NGU, colonel Oleksandr Radiyevskyi, played an outstanding role in liberation of Lysychansk and Severodonetsk. He was killed in the battle for Lysychansk on the 23rd of July. While trying to back their commander, Pavlo Snitsar, lieutenant colonel, the battalion commander, and Ihor Kotsiar, soldier, were killed as well. Oleksandr Radievskyi was awarded the major general title posthumously.

The Donbas Battalion was in charge of the operation on liberation of Popasna. The battle lasted since the 18th to 22nd of July and resulted in total clearance of the town from militants. During the liberation three fighters were killed: Serhiy Bohonko, Kostyantyn Blozva and Ihor Cherniak. Vasyl Honcharenko died of severe injuries in hospital.

Battle for Lysychansk was the fiercest one and lasted for three days: the oil processing plant was on fire, militants’ bodies scattered all over the streets, and locals hid in basements and bomb shelters. But after the clearance of the town people did not hide their overwhelming joy – they embraced their defenders and sang the Ukrainian anthem together.