Home/News/The mined Donbas. A monologue of a sapper

The mined Donbas. A monologue of a sapper

Publications containing official reports about our sappers detecting and disarming pressure-plated anti-personnel landmines PMN-2, have become rather common lately. It happens despite the fact in all existing instructions these mines are considered not subject to lifting or deactivation. Still an eager sapper possessing corresponding skills and experience, is capable of both disarming and even withdrawing this deadly device. It is an extremely dangerous still feasible challenge.

Let me describe the mine in accessible language. It is a round plastic leaf-green box about the size of a can. On its top there is a black rubber X-shaped pressure plate. Once it gets stubbed, the mine goes off. 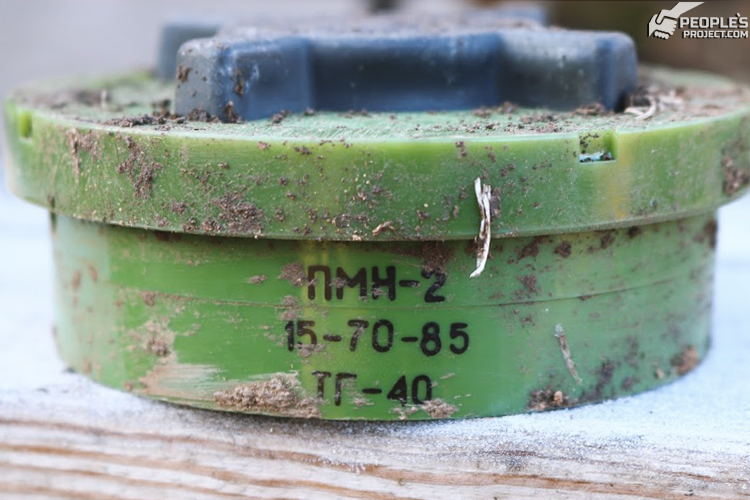 The mine is quite simple in use. A miner digs a small hole in the soil and rotates the metal arming key, then pulls the arming pin out and lays the mine into the hole camouflaging the place thoroughly. From the moment of pin exemption, the mine remains safe for some short period of time that makes from 2 to 10 minutes; after this, it becomes active. This delay is intended to provide the miner with the time necessary for his safe withdrawal.

Maximum sensibility of the device makes only 25kg. Provided an average human put much bigger pressure on the surface while walking, the mine invariably detonates when is stepped upon. 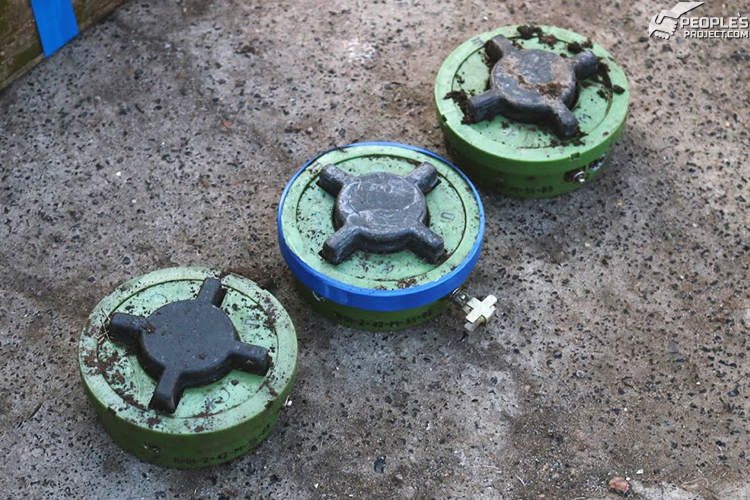 Despite the comparative simplicity of installation and ease of activation, inside it’s rather a sophisticated mechanism stuffed with 100g of TG-40 explosive which is known as the Composition B and is made of 40/60 TNT and RDX blend. Its charge is more than enough to cut off a human foot and injure another one severely if the distance between them is not very big. Only once I heard of an accident with this kind of a landmine that resulted in the fighter’s serious injuries though his entire foot didn’t get blown off. He was extremely lucky, if such a definition is appropriate.

Now to the worst. The device is hermetic so can remain functional for decades waiting for its victim. This has been proved by sad Cambodia experience. Due to its highly destructive force lasting for years, application of such landmines was strictly prohibited by the Ottava Convention. Ukraine was among the states that signed and ratified the Convention, therefore we adhere to its terms firmly while our opponents from the RF do not hasten to abide by the document. Moreover, Ukraine owns no such armament as we physically disposed its stock remaining from the Soviet era. Now separatists led by their Russian curators, have stuffed our Ukrainian soil with these deadly surprises to the rafters.

Watch the Military TV’s story on these landmines

For the first time we detected these scary findings in February of 2016 in Horlivka direction. It happened like that. On the 24th of February our guys figured out that provided yesterday, on the 23rd of February, it was the Red Army day (a state holiday in the RF), it was logical that early in the morning the separs (separatists) would experience a heavy hungover. With two battalions’ fire support the fighters decided to oust the separs off their small foothold additionally equipped with an observation post. Their idea worked well: the fire attack at 5:00 AM caused lots of panic among the separs. We deployed all possible weaponry including small arms, anti-aircraft artillery, mortars; Shmel rockets hit their place a few times as well. The separs realized that there was nothing they could do to it, so they left all their stuff and armory and withdrew to their command post reporting about “the Ukrops’ deadly storming” via radio.

Our assault team started to advance. The winter was very warm with little snow and lots of mud. There was a nice flat field with low grass just in front of the foothold…

– Stop! – the first scout in our line suddenly raised his hand. Everybody froze up. There was a distinctive T-shaped pin in the grass.

– Bloody idiots, – the scout who additionally performed the duties of a sapper, muttered. – Who the hell leaves such stuff behind? It should have been taken along. Morons… 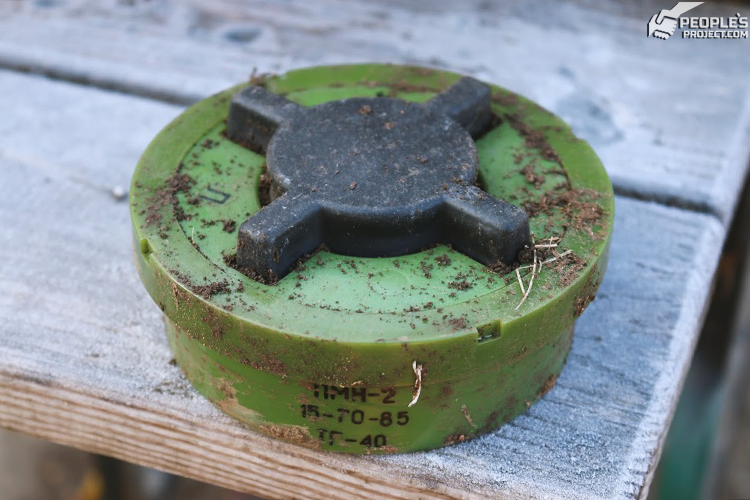 So we started working. One has to get down on one knee, put out the knife, examine the typical earth mounds sticking out of the greensward; dig it around to make sure there is no additional traps there; to check up the labelling and pull the device out with all possible precautions. In general, we found five such landmines then. Our team was very lucky just because their miner proved his incompetence by leaving the arming pin on the spot.

– I thought it was all rubbish, – our sapper summed it up, – but the separs do have this deadly stuff. That’s bad…

Actually, it is. Suppose, an experienced fighter can detect a trip wire and thus stay alive; but there are practically no chances to avoid stepping on a camouflaged pressure-fired landmine. Unfortunately, lately there have been more and more reports on detection of such landmines.  It is rather hard to predict how many people both among military personnel and civilians in further after-war times, will get injured thanks to Russia’s “brotherly” assistance. In Cambodia, people keep getting blown up on such devices even now, despite the titanic efforts of the organizations engaged in humanitarian de-mining activities.

The only good thing is that Ukrainian sappers have been warned, therefore armed.

Together we will win!