After the appointment of a new Commander of Naval Forces of Ukraine, the state has finally initiated tender to find repairing company for "Netishyn". The contractor will perform all necessary hull work. We, in turn, will spend all raised funds to purchase a marine radar ICOM MR1210RII with a complete set of additional equipment. This equipment is much needed but can not be funded by Naval Forces. If the repair "Netishyn" will tighten further, the radar will be transferred to the ship, which is active and performs combat missions.


Why is it important?

After the annexation of the Crimean peninsula by Russia, some Ukrainian Navy warships remained in the hands of the aggressor. Our already weak position at sea has become even worse. The losses included the flagship of the Ukrainian navy, "Konstantin Olshansky", the ship "Slavutich" and several corvettes, minesweepers and other vessels now, de facto, in the possession of the enemy.
At the same time, the threat of attack by sea never disappears. Ukraine’s enemy is treacherous and we should be ready for anything. Therefore, Ukraine’s Navy had to recall all the ships it had its disposal. Even those that have long performed mostly civilian roles. Among them is the dive ship ‘Netishyn’. Since 2012 it has been based in Ochakov, in the Mykolaiv region and is now, to put it mildly, not in the best condition. The last time the ship was raised out of the water for repairs and painting in dry dock was in 1999. That was the last time the ship was repaired and painted below the waterline. A few years ago, it was again painted for cosmetic reasons, but everyone understands a coat of paint is not enough to bring the ship up to a satisfactory condition.

With a lack of basic maintenance, you can imagine the condition of the vessel. While at first glance, it looks more or less acceptable, closer inspection reveals otherwise. 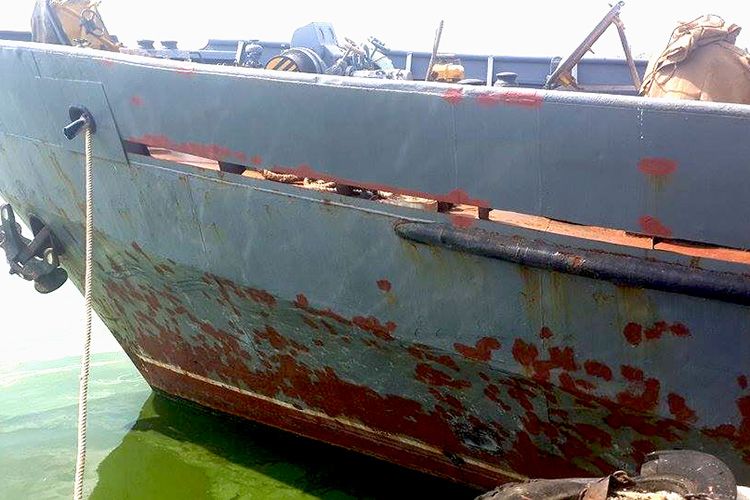 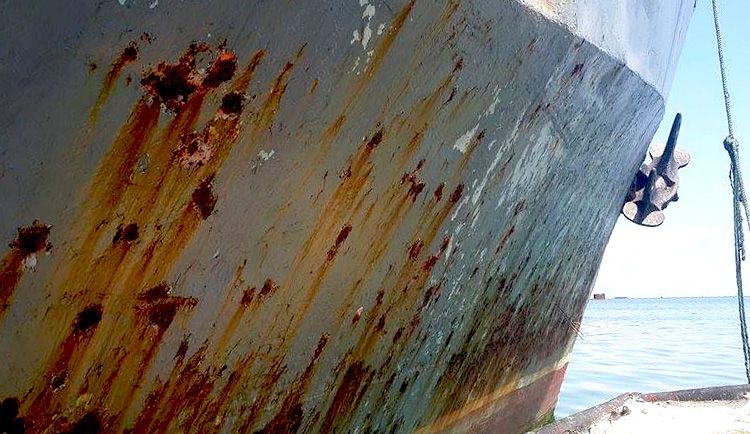 Of course, this situation is unacceptable in military vessels, especially if they are to be involved in combat. The volunteers of The People’s Project, have responded and taken custody of the ship. But without help, we cannot repair Netishyn and return it to full seaworthiness and combat readiness.
Now, in addition to diving operations, the ship also carries out combat tasks and monitors Ukrainian waters. In addition, the crew works with other units on joint missions.

The People’s Project works openly and transparently. Therefore, a feature of this project will be the ability for people to observe the restoration and refit process in real time. We will set up a CCTV camera in dry dock so anyone can see how the repairs are going online. Later, when repairs begin we attach a link to the livestream.

The People’s Project for some time now has helped the crew of Netishyn to increase its’ combat readiness and has delivered several important instruments as part of the "Back to Fight! 2" project. The fact is that our long-standing wards – Ukraine’s Navy intelligence unit, or as we call them, "tourists" use Netishun in its missions. At the request of the "tourists" The People’s Project and project sponsors have purchased a vessel identification system, navigation system, outboard motor for a service boat, first aid kits, antenna and more. But this is not enough. The ship needs repairs, and those repairs will be costly.
According to a preliminary estimate, the cost of materials to repair the ship will total 2,534,000 hryvnia. We plan to strip rust, paint the ship below the water-line, replace damaged sections of the hull and conduct a number of other renovations. We also plan to repair the fuel tanks, anchor, replace the anchor chain, repair the propeller and rudder, repair storage holds, to install potable water systems and more. The People’s Project together with the Mykolayiv Regional Administration volunteer council have decided to implement this ambitious project.

Money collected by the project will be spent solely on supplies and some tools. As for the repair and restoration work, the Council was able to attract volunteers to undertake it from a number of Mykolaiv businesses. This means all work will be carried out free of charge, which we will cover in detail throughout the project implementation process.