A couple of words after a surgery: personal experience

I had Napoleonic plans for Thursday. I was going to do a few good things aimed to make our victory a bit closer; to compose several interesting posts for you and solve some personal issues. In the evening I intended to spend time with my girlfriend, do some cooking and, eventually, to have a cozy night. Instead of all this, I unexpectedly got onto a surgery table.

For more than five years, I have been dealing with hospitals and doctors. I saw the scariest things in the reception rooms of Kyiv City Emergency Hospital in Bratislavska street where I used to be both a patient and a supporter; used to reside for a whole summer at the intensive care of the Neurosurgery Institute and spent another half a year in various rehabilitation centers; saw the inside of intensive care units and morgues of some conventional hospitals; used to say the last goodbye to my friends in mortuaries of Oncology center and Oleksandrivska hospital; met and observed almost all patients of the Bioengineering Rehabilitation for Wounded project with their infected wounds, fistulas, keloid formations and Ilizarov apparatuses; saw the patients of the Bone Infections unit of the The Institute of Traumatology and Orthopedics; wake me up in the night and I will tell you how the blood, a contaminated wound, guts or disinfectants smell; what an open brain looks like, or what “cancer tan”, cachexy or trophic ulcers are; I’ve seen lots of consequences caused by stroke, subarachnoid hemorrhages and heart attack; learned much about clonic convulsions, pareses, mono-, para-, and quadriplegia, oculus crisis and epileptic fits. There’s practically no thing that could have scared me. Nothing could make me afraid of it, – nothing but a surgical scalpel that is suddenly penetrating my skin.

For the half an hour while a doctor was cutting my flesh and I was under local anesthesia that provided full effect of presence, I pondered on the idea that my earnest attempts to help people and lots of charitable activities, as well as my childish trust in my own invincibility failed to protect me against the same destiny. Still I believe that there are no people pre-destined to get in trouble. Any misfortune can easily happen to practically anyone, at every moment of his or her life, despite all their merits and good deeds.

I do appreciate people who are undergoing more intricate surgeries time after time and overcome serious complications and infections year after year. It is heroic, titanic, very personal invisible struggle. And the smallest thing we can do to help these people is to replenish doctors’ instrumentally. If these people need to undergo a couple of surgeries less, if they get their wounds treated by ultrasound instead of cut with a scalpel, – you won’t believe how much relieved they will be; how lesser pain and suffer this will bring them. And, dear friends, please believe me when I say it is exceptionally important to help these people as much as you only can, be it a single hryvnia, ten hryvnias or more. Each kopeck means another step toward our shared wonderful and worthy goal. And you can make your contribution here.

PS I didn’t think it hurts so much when the anesthesia’s out!

Despite all odds, sincerely yours, 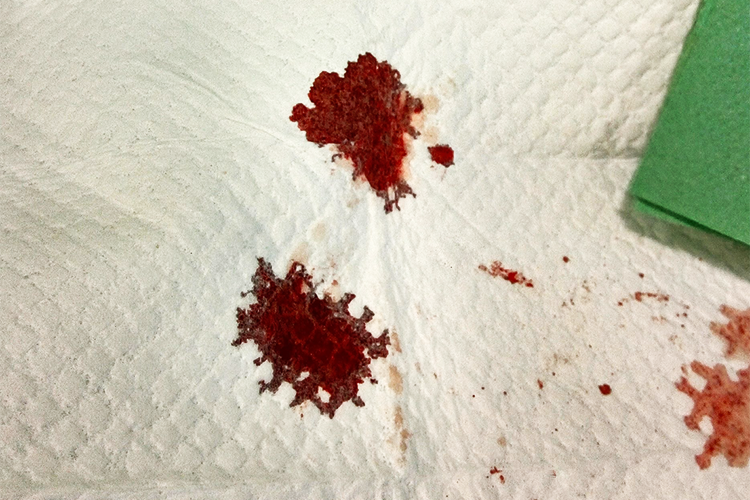 Over many years, I started to doubt whether I had at least some blood left inside, or my body contained just gears and mechanisms alone. Well, good news: there is some blood within!