Another two healed up! Heavily wounded fighters complete treatment within the volunteer project

The heroes of our story are servicemen of the Armed Forces of Ukraine. They diligently performed their duty for as long as they could. They had got heavily wounded, and we supported them as much as we could. Below you can read about the outcome. 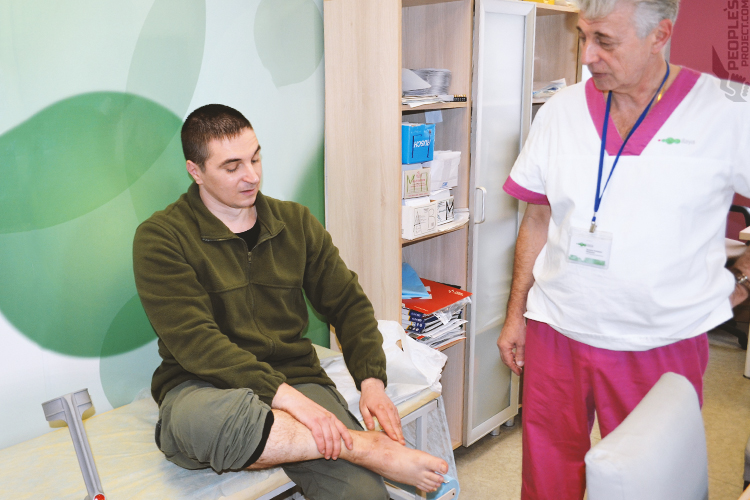 Here is Sashko, he is a paratrooper with the 79th Air Assault Brigade. In 2014 he assisted in withdrawal of Ukrainian border guards literally from hell: the russian artillery started to fire at them across the state border. They completed their mission perfectly, having evacuated all personnel, and while moving back from the checkpoint, their armored vehicle got hit. Sashko was lucky: despite the seriousness of his wounds, his life was saved by a helmet provided by volunteers; a bit later his injured skull was fixed by means of a metal plate. The Biotech rushed into saving his leg: during the course of treatment cell technologies helped to fuse up the multipart fracture of the guy’s shin. 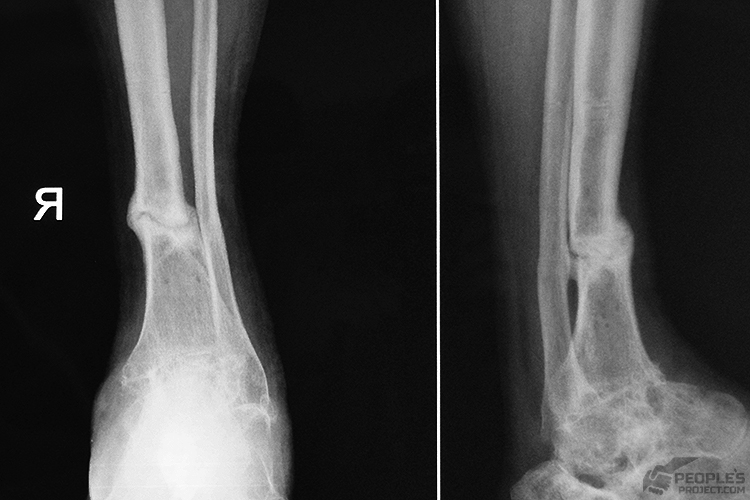 Over time, when that nasty fracture gone fused, the doctors had to carefully break the bone again – this time they fusion had to be under close control to straighten the axe of the whole leg and to bring it to a natural position. Later, Oleksandr completed his rehabilitation course, and these days he arrived in the clinic for a regular check-up. Everything got fused up and the pain has gone; the man has been back on his own two legs. Isn’t this a success? 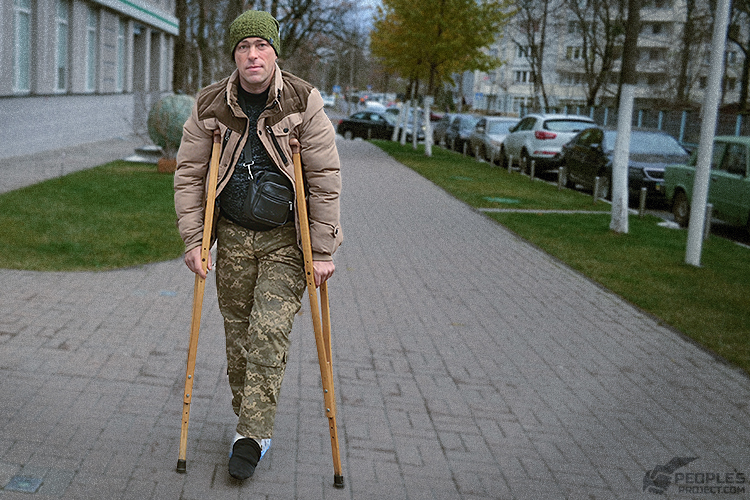 And here is Volodymyr: the man served in a special forces unit engaged in supporting and guarding the self-propelled artillery of large caliber. Naturally, artillery makes one of primary targets for enemy fire, so Volodymyr had to move a lot: either to drop down into a trench or jump off the armor, apart from running about their positions attempting to hide from the enemy’s unceasing shelling. Regular exercising of the kind continuously hurt Volodymyr’s knee, until once, due to an awkward move, he twisted his ankle and got his knee finally damaged. This caused severe pain. 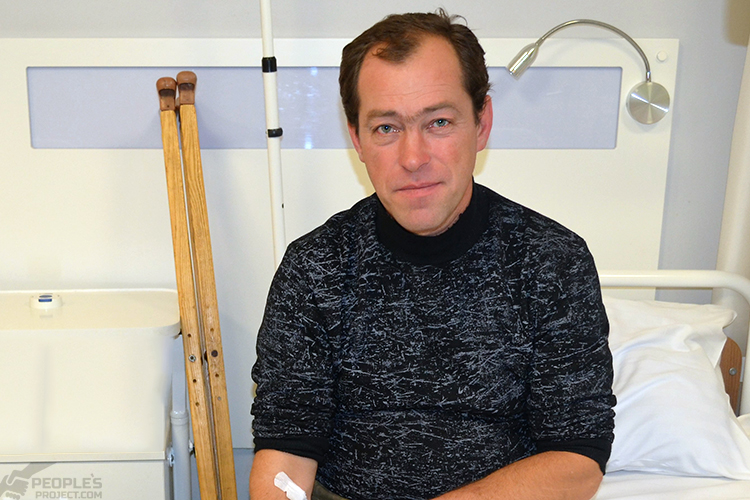 Volodymyr applied for medical assistance: the doctors shaked their heads, took an x-ray and pulled the man onto a surgical table, to remove an old fixing plate that had been installed about five years ago. The plate was removed, still the pain persisted. Volodymyr rejected conventional medicine and decided to apply to the Biotech. Here, in the Project, it came out that it was not the old plate but torn knee ligaments that caused the pain. Thus, all the suspicions both Volodymyr and the Project’s doctors had, proved correct. The fundraising involved lots of compassionate people, but, astonishingly, major contribution was made by Myroslava, a girl who suffered from the consequences of a severe disease, was unable to walk and needed assistance herself. Fortunately, both Myroslava and Volodymyr got onto their own legs almost at the same time. 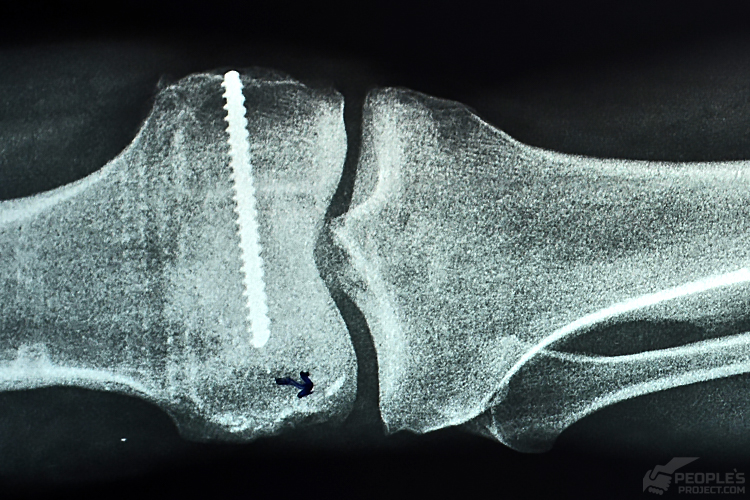 Today, Volodymyr has taken his another check-up – by the way, the man came to the clinic on his own two legs quite confidently. A father of eight, he will now be able to live normal life without continuous pain. Moreover, he is going to renew his contract and get back to military service, to defend our peace. 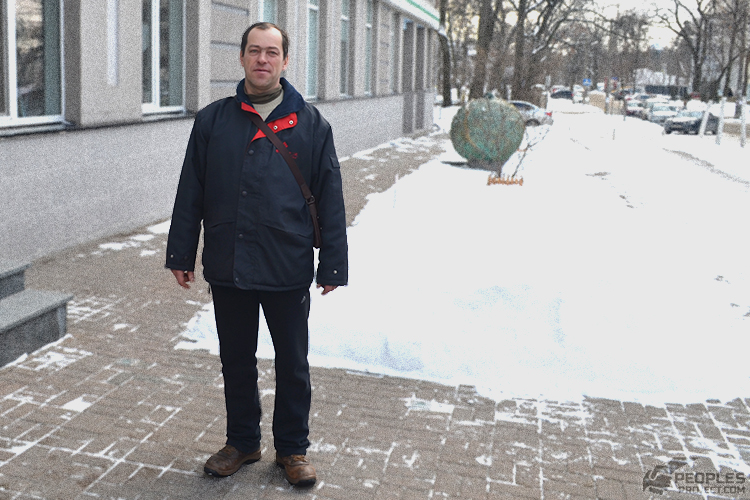 Sashko and Volodymyr’s stories clearly demonstrate how much we can achieve if we combine our efforts. Skills of the Bioengineering Rehabilitation for Wounded project’s doctors, combined with your support and enhanced by benevolent contributions made by sympathetic people, as well as extensive efforts carried out by People’s Project, – all this proved helpful in bringing another two people back to life with no limitations. Still, these two men are not the last patients of the Project who still need our support. Dear friends, please join in: sometimes even the least contribution is able of changing one’s life to the better. Aren’t our defenders worth of it?