Recently, a few of our soldiers had X-rays taken, which showed promising results of treatment so far – however one is a standout. The border guard Evhen, who in August 2014 during the shelling of border launches off the coast of Novoazovsk received a supracondylar nonunion fracture of the lower third of the humerus with bone loss of 20 cubic centimeters. Evhen’s elbow joint was significantly damaged and movement is restricted to 15 °. Treatment of his humerus injury, located very close to the joint, was quite complex, so no one dared try in hospitals.
However, Odesa-based volunteers Victoria Krotov and Tatyana Poljanskaya appealed to the social project Bioengineering Rehabilitation for Wounded.

Doctors ascertain complete fusion of the fracture five months after the primary treatment stage! The hero has already begun to use his arm.

Treatment received by the soldier so far as part of the project is as follows:
– 26.02.2015 the border guard underwent his first operation: open repair of the fracture of the humerus, extrafocal bone fixation and sampling of cellular material (fragments of fibula and bone marrow).
– 26.05.2015 the primary operation was performed – at the site of Evhen’s left humerus defect 3D-gel with chips of osteoplastic material and autologous stem cells were introduced.
– 16.09.2015, four months after primary treatment stage to Evhen’s humerus an X-ray was taken and the fixation device was removed. The X-ray shows the formation of new bone tissue at the site of 3D-gel with chips osteoplastic material and autologous stem cells and splicing of the fracture.
– 10.11.2015, five months after the primary treatment stage doctors ascertain complete fusion of the humerus.

More about Evhen’s injury and treatment can be found at this link.

Update: thanks to your support and participation in the project, iLaya clinic doctors are able to save Ukrainian heroes’ injured limbs and avoid amputation.
Currently, their are fighters enrolled for treatment in the project where the full cost of treatment has yet to be raised. Now more than ever the modern-day Koza’ky (Cossacks) of Ukraine need your help! 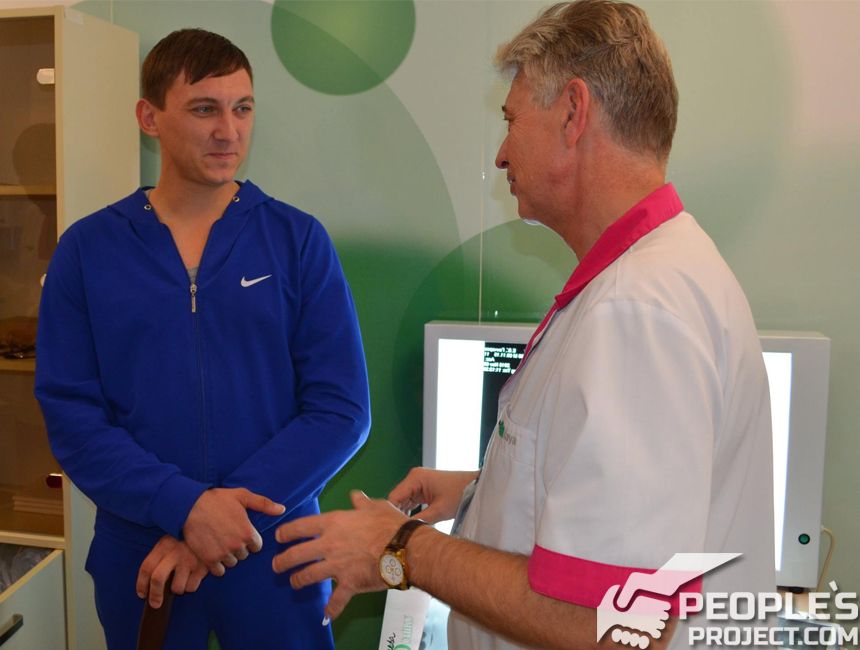 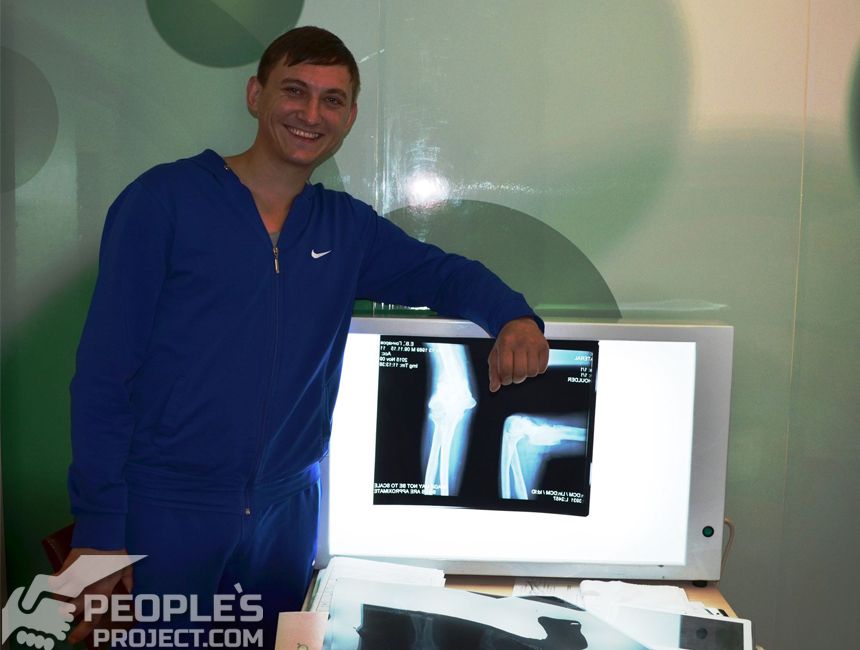