People’s Project has paid for treatment of another two fighters

Dear friends, we have got some good news. With our efforts combined we managed to accumulate more funds and paid for another two fighters’ treatment within the Bioengineering Rehabilitation for Wounded project. We mean the wounded fighters we have been restoring after their severe injuries – these are so heavy that the conventional medicine proved helpless to help them. 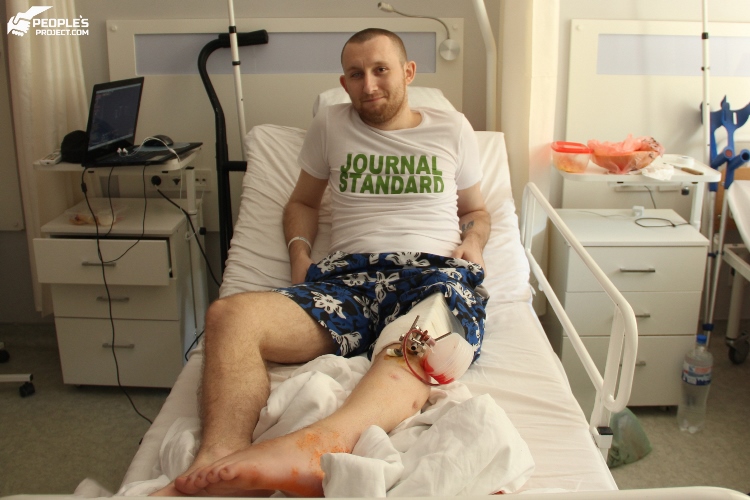 Vitaliy some time ago, after one of the major surgeries. The guy started smiling only when he got into the Biotech

Here is Vitaliy, a young volunteer of the OUN battalion who rushed into fighting with the enemy, got severely wounded in that battle and got captured. His leg was severely injured and the eye hit by some shrapnel fragment; time for effective treatment was wasted while he stayed in captivity, so severe osteomyelitis developed in the injured limb. The greedy infection destroyed a considerable part of the bone which led to twisting and substantial shortening of the leg. 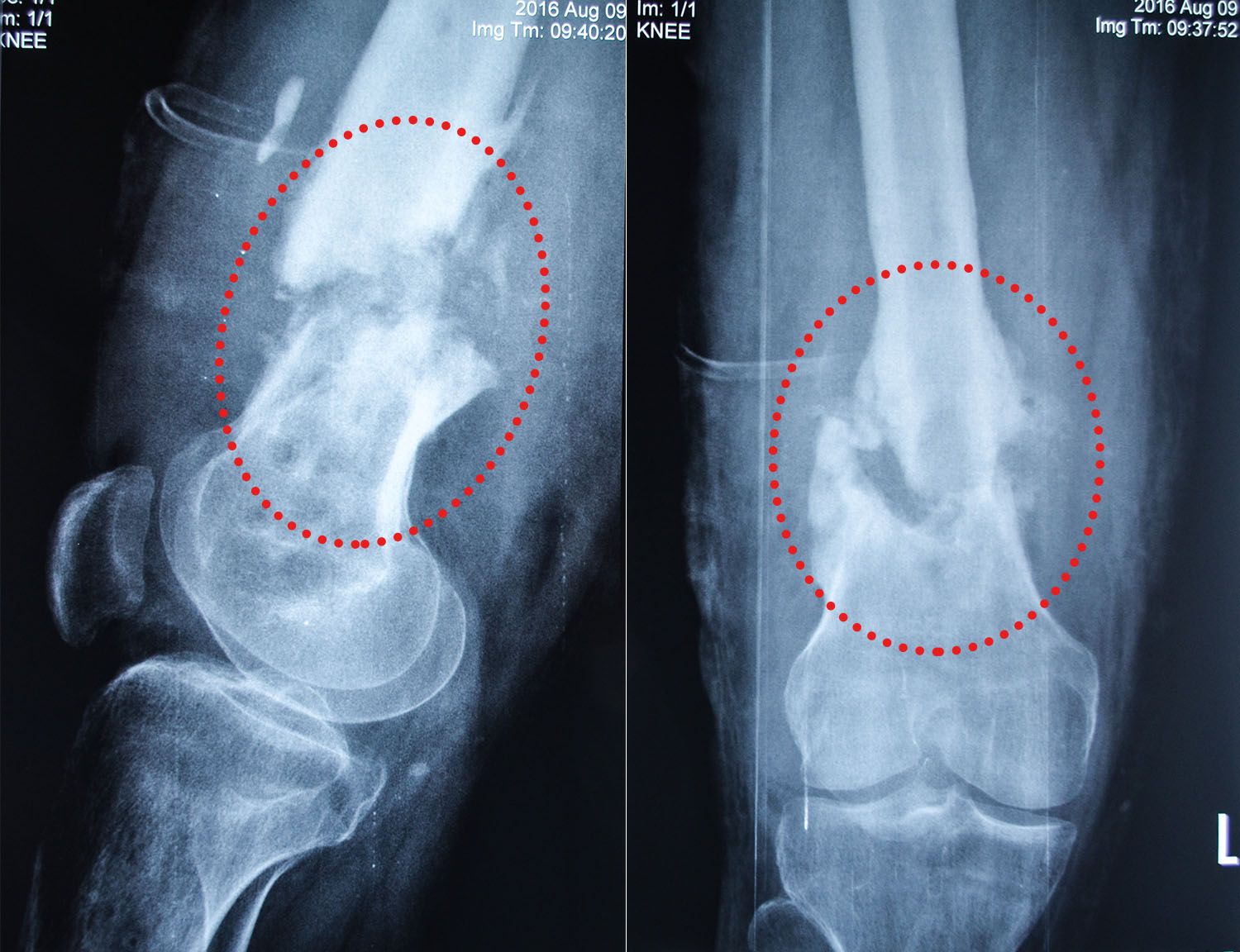 Now, as the result of several complex sophisticated surgeries, the doctors of the Project have managed to overcome the resisting contamination, brought the guy’s leg into a proper physiological position and compensated the defect using a matching fragment of the bone that had been grown up at a lab with application of cell technology. Now Vitaliy headed back home where he will have to wait until the repaired bone gets fused up and the whole structure stronger. 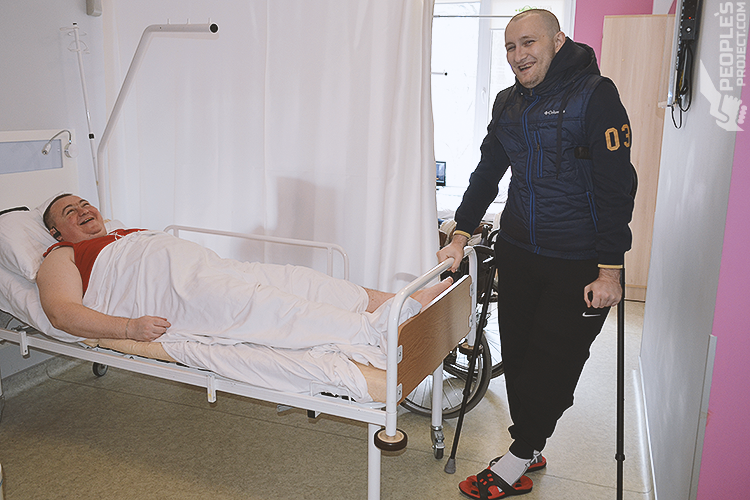 And this is Vitaliy about a week ago. Even despite the severe post-surgery pain the guy feels much better

We already raised the full amount we needed to pay for his treatment, and paid for it a while ago. Unfortunately, now there emerged some unforeseen still quite probable complications: the contagion raised its head again which affected the plan of treatment. These were the additional expenditures we had to meet urgently. 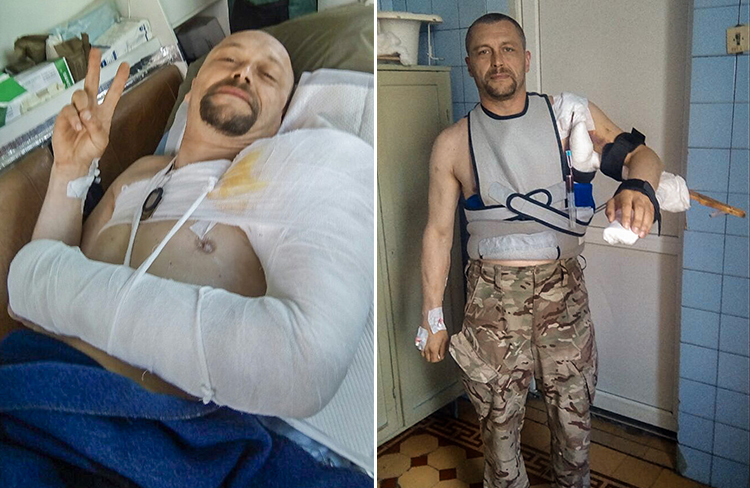 This was Serhiy’s “wing” he had to leave a state hospital with. Nobody could tell him what was next

And here is Serhiy, a wounded airborne officer. The man got wounded near a small village of Shyroka balka in Donetsk region. The situation did not look that dramatic as it is usually pictured in films or heroic novels: it happened in rather an ordinary and sudden way. Still he described that morning in detail himself, and we can only add that Serhiy got to the Biotech with a very nasty wound: an enemy bullet had torn out a fragment of the bone which was the integral part of the shoulder joint formation, namely its head. This made him unable to either move his arm or somehow use it, so the doctors of conventional medicine failed to help. 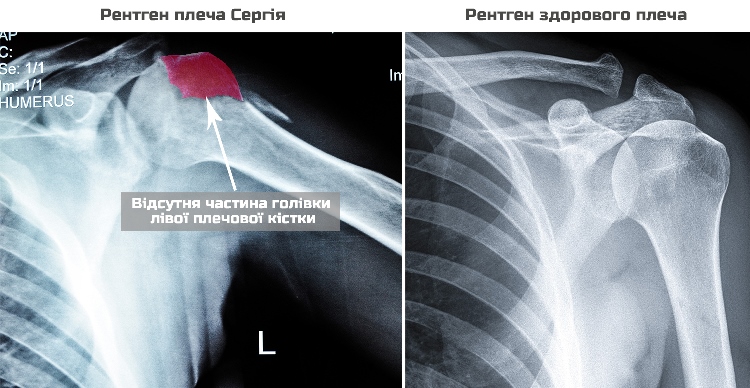 Within the Project, its surgeons got the affected area prepared and later filled it with cell materials, specifically with special gel saturated with Serhiy’s own cells and cultivated at the lab. Under the doctors’ control this gel will have to turn into the bone tissue of monolith firmness. This technology has been known for a while – these are the same cells that form the bones under natural conditions, still the Biotech’s specialists learnt how to multiply their quantity and properly insert them into a corresponding area. 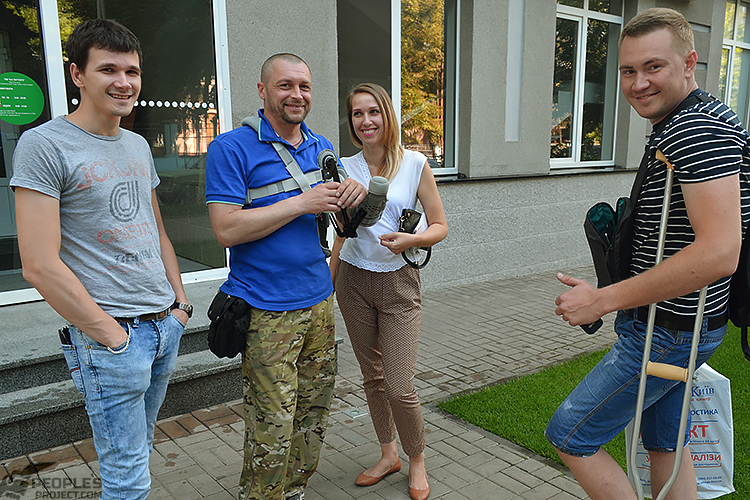 As usual, the state stays away from all treatment processes of the kind. The Ministry of Health’s bureaucrats seems do not believe in cell methods of tissue restoration; therefore, they make the heavily wounded fighters face a highly primitive choice: either amputation or total helplessness leading to an inevitable prospective maim. It is these wounded guys whom the Project presents with their mostly last chance to get back to normal life and forget their lameness. Still, their restoration is possible only at the expense of sympathetic citizens’ contributions. That is why we, the volunteers at People’s Project, have been repeatedly addressing you asking for your assistance. Dear friends, the Project is still far from its completion, and the fighters who need our support, are still waiting for a miracle, literally. To make it happen is our mutual task, and its implementation looks quite possible. So join in please!