Recovery of Ivan and Olexandr

Soldier with the 24th Brigade, Ivan, wounded in the battle for Zelenopillya has had his first X-ray in two months taken following surgery to replace his tibia defect with stem-cell engineered material. Doctors have ascertained healing of the fracture and bone formation at the site of the defect. After three successful operations and a two month wait, you can see the results above!
Congratulations to our hero on his successful recovery! 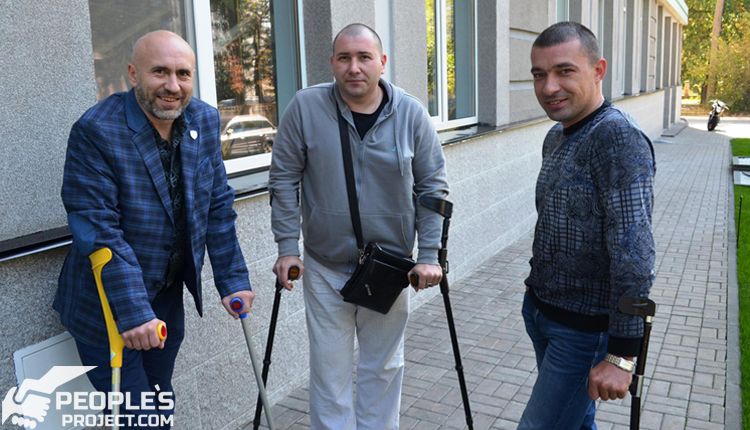 We remind you Ivan was seriously injured on July 11, 2014 near the city of Zelenopillya in the Luhansk region as a result of shelling by the separatists. The soldier was treated in several hospitals and clinics over nine months, but his tibia fracture did not heal. So Ivan decided to seek assistance from the Bioengineering Rehabilitation for Wounded project.

As part of the project the 24th Brigade fighter underwent three operations:
April 24, 2015 – sampling of cellular material (fibula fragments and bone marrow), dismantling of the external fixation apparatus, and the leg set in a cast.
May 15, 2015 – plastic surgery to scar tissue on the front of the leg and preparation of the tibia site for the injection cell-tissue material.
July 21, 2015 primary operation to replace the shin bone defect and the elimination of deformity using cellular material in the form of bone chips.
The history of Ivan’s treatment can be viewed at this link.

Today, three months after the primary surgery on his foot, 25th Brigade paratrooper Olexandr, had his plaster cast removed!
On the recommendation of his doctor, the hero has begun physiotherapy and is placing weight on his foot. 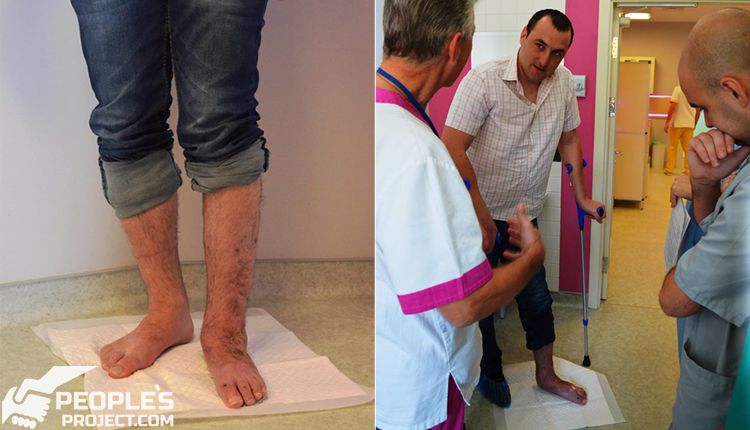 His latest X-ray fully confirmed the expectations of doctors and the bone is successfully restored.

Also, gradually recovering are the soft tissues of his foot, which was treated to eliminate scars with cellular technology. The soldier also introduced staff at the medical center to his girlfriend Lily! So – he has another huge incentive to recover as soon as possible! 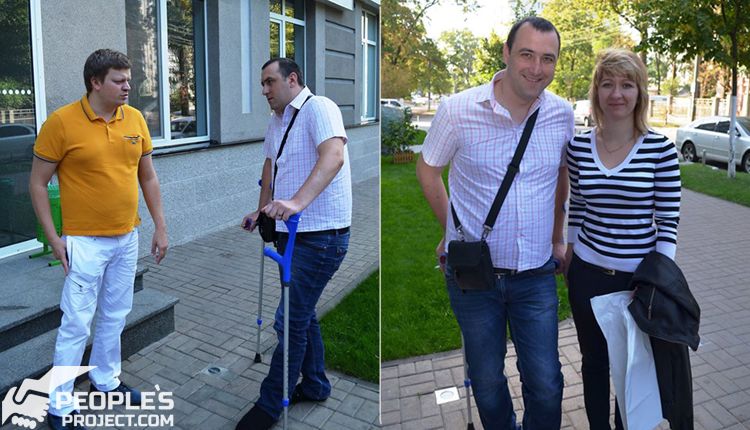 Olexandr entered the treatment project Bioengineering Rehabilitation for Wounded in January 2015 suffering the consequences of a severe shrapnel wound to the left foot (loss of his heel bone was 75%). This represented one of the most technologically complex cases in our project.
Doctors conducted the gradual movement of what was left of his heel bone fragment to its normal position, eliminated subluxation of the forefoot and created conditions for the normalization of blood circulation and sensitivity of the foot. Plastic surgery was conducted for the transplantation of a graft feeding his leg, and finally came the replacement of the bone defect.

In June the soldier underwent surgery for the replacement of his defective calcaneus with stem-cell-material in the form of bone chips. Also, using biotechnology the scars on his foot were treated.
Before entering the Bioengineering Rehabilitation for Wounded project, Olexandr had, over the course of five months endured 17 operations on his foot and was threatened with amputation several times.
The history of Olexandr’s treatment can be read here.