Recently, Valeriy arrived in the clinic for a regular check-up. The doctors had to revise his bone after the surgery performed some time ago. In March Valeriy underwent the first operation within the main stage of treatment under the Bioengineering Rehabilitation for Wounded project. The surgery was rather complicated and lasted about 5 hours. Its most difficult part was removal of the metal pin from the tibia as the screws that used to fix the pin, got broken. After taking care of those screws the doctors performed osteotomy on Vitaliy’s tibia and fibula, after which they installed the Ilizarov apparatus onto his leg, – the device had to stretch the bone up to 2cm in the place of osteotomy. Also, the apparatus proved helpful in jamming the part of the bone that contained the false joint, – the step necessary for the bone’s further fusion. On completion of all these procedures, the veteran was temporarily sent home for recuperation. 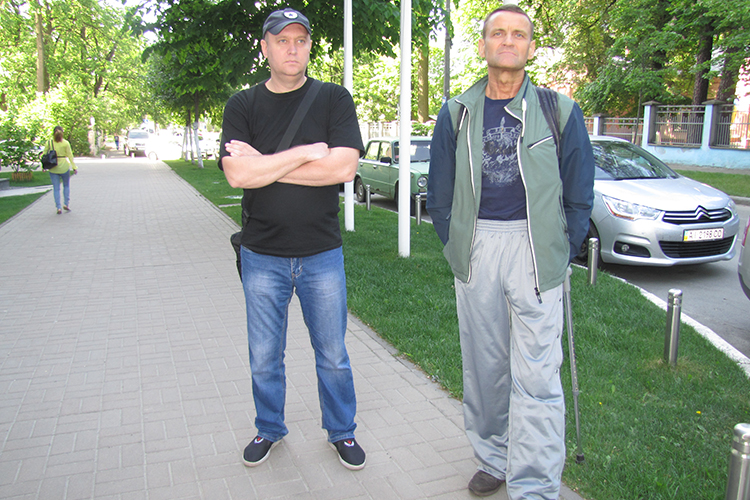 Valeriy got wounded in 2015 near the village of Novhorodske, Donetsk region, near the Mazepa team site during the shift takeover. Separatists opened intense fire using small arms, and a bullet hit Valeriy in the leg. As a result, he got shotgun comminuted fracture to the middle third of his left tibia. Since then the bone failed to fuse up despite all the efforts doctors in conventional hospitals made. In addition, a false joint was formed in the injured area, and the leg itself shortened by 2.5cm.

Valeriy is an energetic person accustomed to lots of motion, so lack of supportiveness in the leg plus continuous pain is not the option for him. Despite following his injury he tried to limp using crutches, still all this time he was dreaming of regaining the limb’s natural abilities. Especially since he got the chance to restore it, having applied to the Biotech which was an excellent opportunity. Today Valeriy’s chances for complete repossession of his leg look quite real. 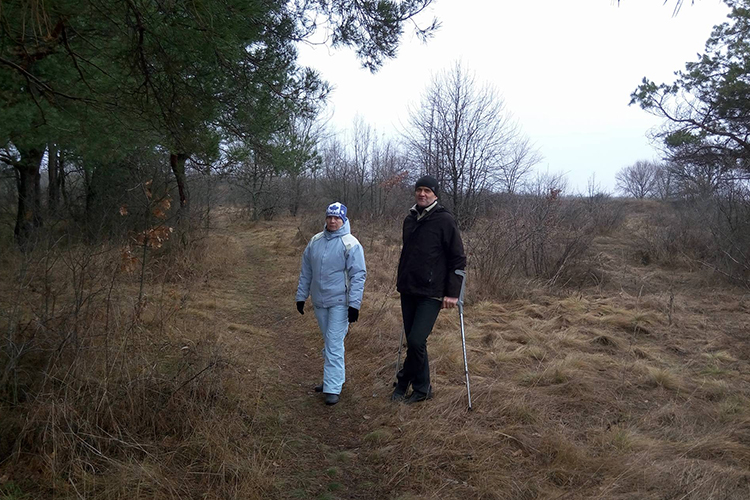 The first control examination took place in about two months after the surgery. The x-ray showed formation of the regenerated bone tissue in two spots, in the former false joint’s area and in the place of stretching. According to the doctors’ recommendation, Valeriy will continue wearing the apparatus for another two months, until the next check-up. The stretched bone has to get solidity until then as well. So in two months you will see our another report on Valeriy’s treatment course. Definitely, we will have lots to tell you about by then. 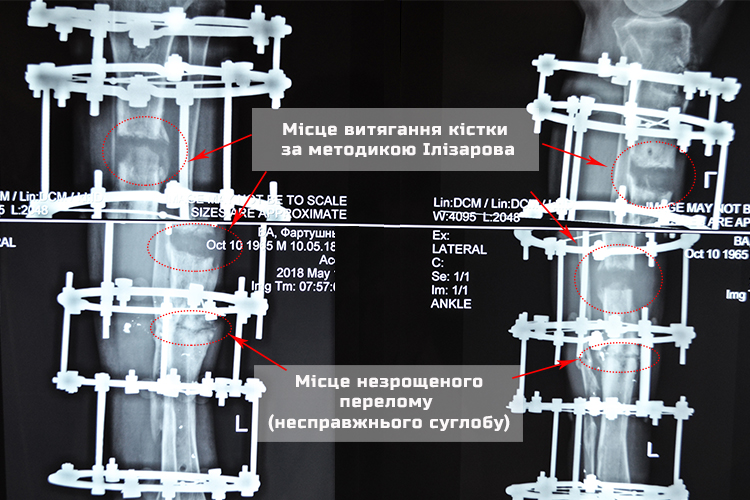 The complete cost of Valeriy’s treatment has been paid thanks to the contribution made by our good friends, the Helping Is Easy charitable fund. Nevertheless, Valeriy is not the last wounded fighter in the Project who needs our joint support. We are sure that it’s no more than our shared responsibility to take care of those who risked their lives and got injured while defending our peaceful life. Please join in for supporting our wounded military men, dear friends!