The hero died in early October 2018 due to a serious illness not related to the wound.

Wounded near the village of Novhorodske, Donetsk region, Valeriy suffers from the consequences of a complex shotgun fracture of the middle third of the left shin. In the wounded area, there emerged a false joint; the leg shortened by 2,5 cm. Cost of treatment makes 90 294 UAH. The “Helping is Easy!” charitable Fund paid for Valeriy’s treatment.

How Valeriy is being saved

Valeriy is 52 years old. He was mobilized to the army in 2015. Served in the Aidar 24th storming battalion. Got wounded near the village of Novhorodske, Donetsk region. 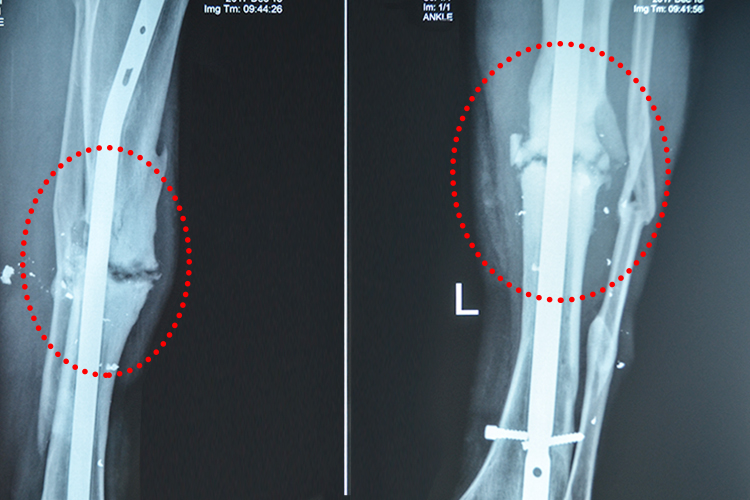 Valeriy is going to undergo treatment for the consequences of a shotgun injury to his left shin, a fracture of the middle third of the left tibia. The fracture has not been fusing up for quite a long period of time; moreover, a false joint has been formed in the area of injury. Also, due to major injury of the bone the leg shortened by 2,5 cm.

If not the Biotech: Valeriy’s treatment in conventional hospitals ended about one and a half years ago, still the fracture failed to fuse up. Over time, in the area of injury a false joint was formed. Still this does not mean Valeriy’s leg acquired an additional “knee” and became more flexible. On the contrary, this means that the process of the bone healing ended but the fragments failed to get fused. It also means that the man has been suffering from continuous pain and is unable to use his leg. Furthermore, this means that the leg will never heal up by itself unless a skilled doctor’s assistance. Besides, due to the heavy trauma, the veteran’s leg shortened by 2,5 cm. If left untreated, Valeriy’s condition will gradually worsen. 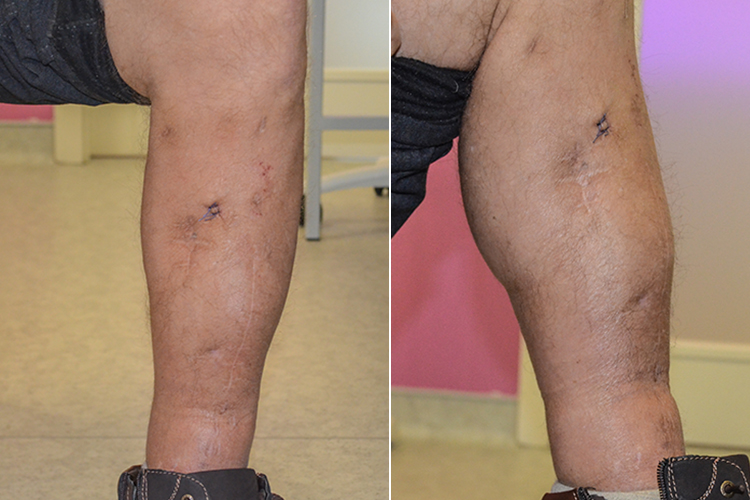 Valeriy joined the Armed Forces of Ukraine under the sixth wave of mobilization in October of 2015. The man served with the Aidar 24th storming battalion. Got wounded in December, 2015: during a sudden enemy shelling of their Mazepa stronghold where Valeriy was manning a check post. The bullet hit Valeriy on the leg and crashed his tibia. 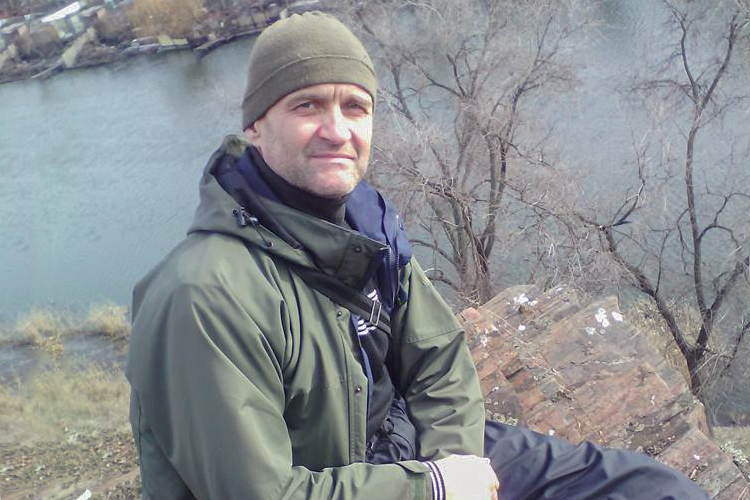 The man had been provided first aid on the spot, and later there was a long journey throughout hospitals – Toretsk, Dnipro, Odesa. The crashed tibia was re-assembled with the application of the Kostyuk apparatus, then the doctors used the Ilizarov one, followed by a huge intramedullary rod inserted inside the bone, which has still been keeping the bone together. Unfortunately, despite all the doctors’ efforts the broken bone failed to fuse up: the leg shortened by 2,5 cm, and a false joint was formed in the area of fracture. This was Valeriy’s condition in which Olha Dombrovska, a volunteer from Odesa, sent Valeriy to the Bioengineering Rehabilitation for Wounded project. 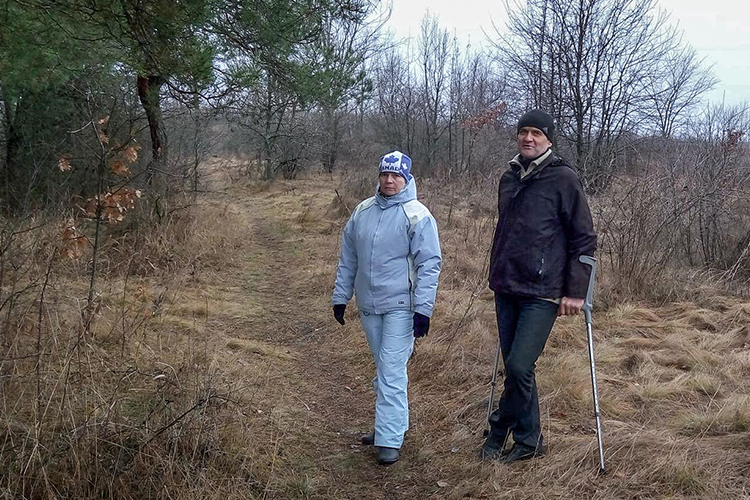 Valeriy lives in Kryvyi Rih. The man is married and has two grown-up children. Before the war the man used to work as a carpenter. He loves nature and long walks – even being wounded, he tries to walk supported by the crutches as much as he only can. Despite his rather reserved look, Valeriy is an exceptionally friendly and open-minded person. He has been in healing techniques for quite a long period of time: the man has been practicing ancient Chinese qigong exercises, stick gymnastics as well as the variety of spiritual and energy practices.