The Biotech’s first patient injures the restored arm while training

“Goddammit, why should you ever climb on that high-bar!” – Volodymyr Oksymets grumbles at Yuriy, a sturdy Special Forces fighter, as if he was just a small boy. Still, the doctor is not serious, as always: despite his austere look, his eyes are smiling. Volodymyr Mykhaylovych is obviously happy with overall results. 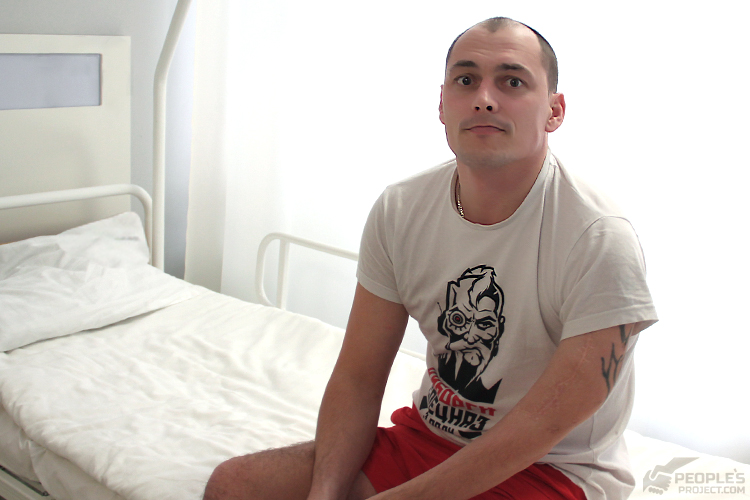 A non-scheduled surgery will start in a few hours

Yuriy was training on a high-bar when sensed pain in his arm. An urgent examination showed that the bone itself fused up perfectly, but the plate fixing it during the fusion, slightly removed aside due to the workload. As soon as it was time to remove the plate anyway, the doctors immediately unsheathed their scalpels. 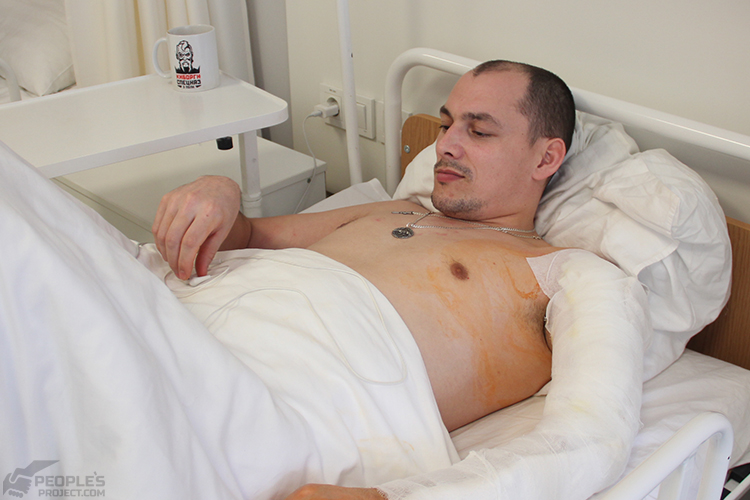 Following the surgery: the displaced plate has been removed, but just to make sure the doctors are going to refill the area with new cells once again

Now Yury is taking rest in his ward: shortly the man will recover and get back to his usual life. A while ago, he entered this very clinic in a wheel-chair, with his arm smashed into pieces, and the leg disabled by paresis. 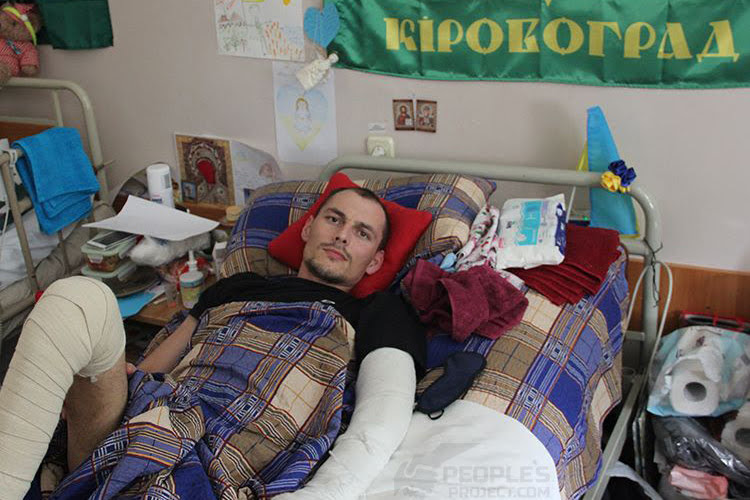 Yuriy before joining the Biotech: the arm was on the verge of amputation and the leg was practically immovable

Yuriy, the Special Forces fighter, was severely injured in a battle: he got ambushed and engaged into firefight. He got into the doctors’ hands with multiple injuries; apart from this, due to gunshot wounds, 12 cm of his shoulder bone gone destroyed and his backbone got heavily injured. 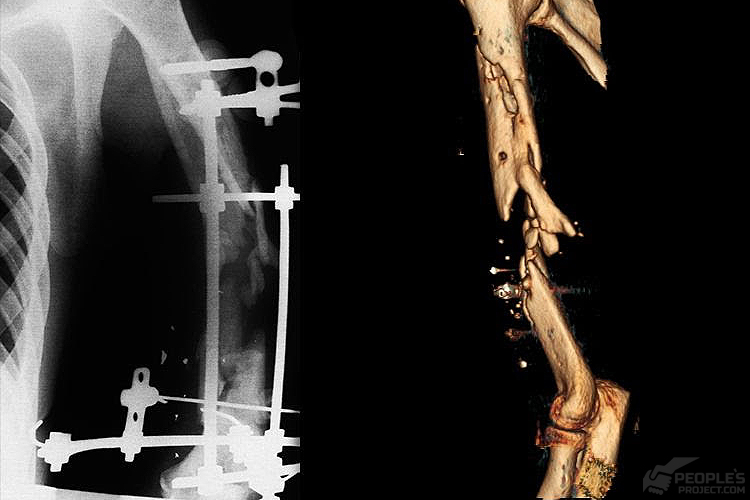 The bone went smashed into pieces and the organism weakened; fractures did not fuse up – what should he do and what way of treatment should he prefer? Naturally, application of concentrate prepared out of the patient’s own cells responsible for fusing and restoration of tissues, is today the best possible way of treatment

There has been two sides of treatment. The surgeons sorted out remainders of the bones and managed to fuse everything up using cell materials that enhanced the restorative process and proved effective in compensation of the defected area. The neurologists continuously introducing the corresponding cell ”cocktails” into the body: these proved helpful in restoration of the damaged nerve tissue, in renewal of the leg’s mobility, in the body’s overall reinforcement as well as in acceleration of recuperation in general.

Maybe cell technology looks a bit too futuristic to some, but it is thanks to these that Yuriy walks on his own legs. Today his living restored arm is almost totally operational. Maybe the man still uses a cane while walking, but in comparison with walking on a prosthesis or living with an amputated limb, it differs. Yuriy was the first fighter who had trusted in the newest technologies, and not the last one who got lucky to use their probably last chance in full. The Project’s doctors proceed with their work on restoration of the wounded guys, – similarly, we go on with raising funds for other fighters’ needs: as our Project remains a totally volunteer initiative, and the state does not support it, we can restore the most difficult patients at the expense of your benevolent donations solely. You can see the Bioengineering Rehabilitation for Wounded project’s transparent reports, stories and treatment details following the link. And we are urging you to join in and support the initiative with your contribution or at least informational support once again: together with you we are engaged in a truly significant endeavor.