Home/Bioengineering Rehabilitation for Wounded/Report/Two more months in metal. Treatment of…

Dear friends, there are some news about Mr. Oleh. Perhaps they are far from very good, still as usual we tell you all the truth about the course of treatment of each Biotech’s fighter. Lately, according to the plans developed by the doctors, Mr. Oleh should have undergone removal of the metal structure that fixed his right hip. This cumbersome Ilizarov apparatus is designed to stretch the leg up to its natural length to recompense the lacking 4cm of extent. Still following thorough examination, the doctors gave up their earlier plans: Mr. Oleh is going to wear the same metal apparatus for two more months. The matter is, the stretched bone still lacks strength so cannot bear any load if stripped off its extra protection, the external fixation apparatus. 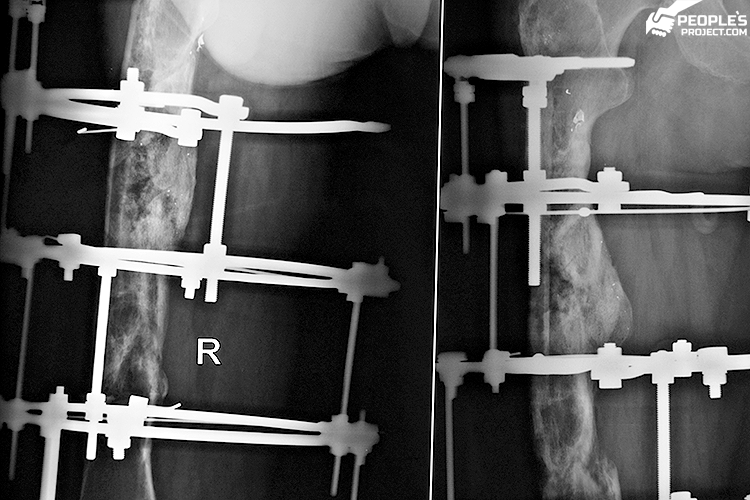 This is how the new bone tissue looks at the moment. It adds in volume but still lacks solidity

The reason behind the delay is obvious: it is the man’s age that makes the restorative processes slower, and his organism’s general run-down that developed due to prolonged treatment. Besides, there are certain physiological effects caused by the injury: the traumatization resulted in the loss of large amount of soft tissues which implies deficit of blood vessels and bad nourishment of the restoration zone which altogether leads to deceleration of healing. Still it should be mentioned that the bone fragment that had been transplanted into the hip using bioengineering technologies, has fused up and strengthened soon without any complications. 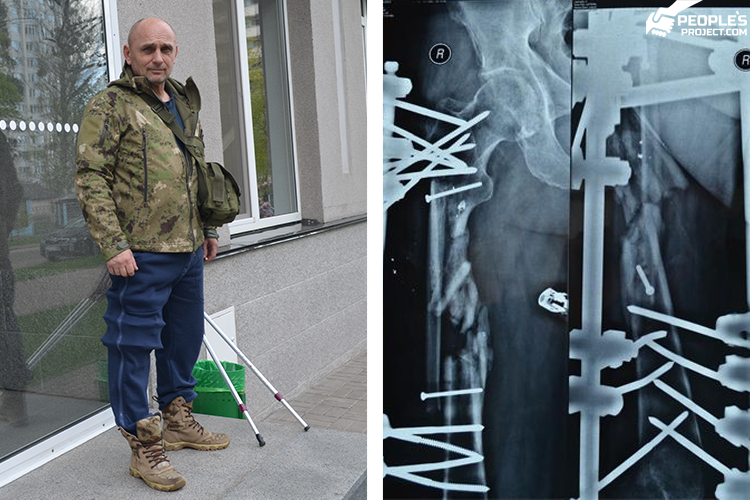 Left – the picture taken in today’s morning. The man is standing up on his own legs! On the right you can see the same limb with a terrifying bone injury – this was the condition of the leg Mr. Oleh joined the Project with

Mr. Oleh joined the Bioengineering Rehabilitation for Wounded project almost four years ago. He got wounded near Ilovaisk where he used to fight with the Donbas battalion. The enemy sniper’s bullet hit the man on the hip, causing heavy injury of the bone: the defect of the bone made 14cm of its normal length. Mr. Oleh had been treated at the best hospitals including a few medical centers abroad, still the maximum success was the transplantation of the bone fragment that nonetheless went wrong and failed to result in rebuilding. 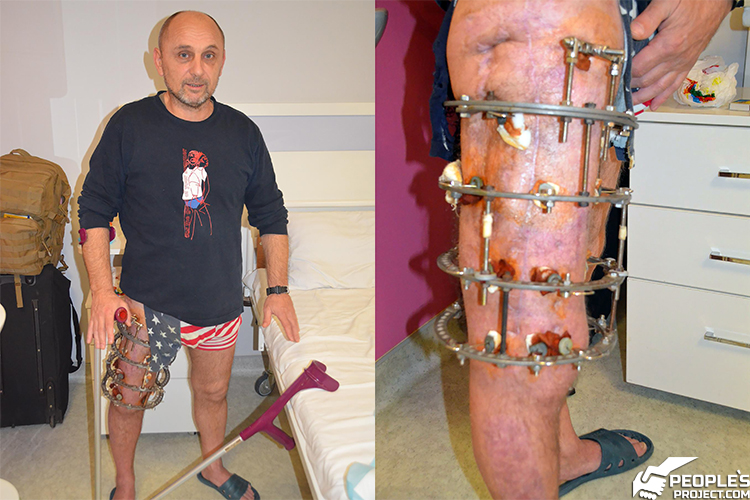 This is the apparatus that fixes the man’s leg today

Within the Biotech, the Project’s best surgeons took on Mr. Oleh’s case. 10cm of the bone has been compensated thanks to application of cell technology: a special bone matrix saturated with cell materials was transplanted into Mr. Oleh’s leg; the same substance filled the adjoining area as well. Due to application of these cells the bone fragment fused up into its proper place fast and easily and later turned into a new bone with monolith solidity. It was decided to restore the rest of the bone that still lacked 4cm in length, using a traditional tool, the Ilizarov apparatus that was to stretch the bone up. This was the stage where the delay occurred. 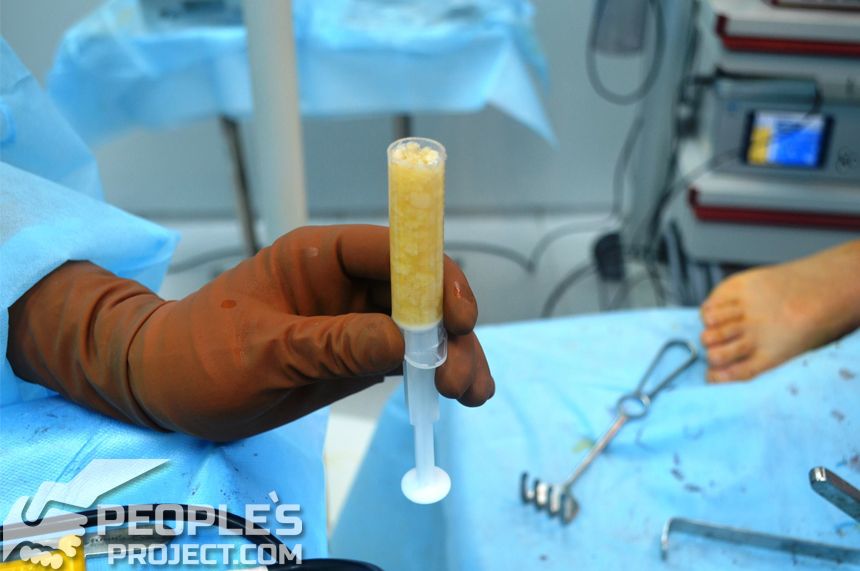 A historical moment: the bone chips densely saturated with cells, are being inserted into the zone of injury

Now Mr. Oleh is going back home for rehabilitation and training of the leg. Workload is expected to hasten healing, so hopefully Mr. Oleh will be released from his metal casing soon. 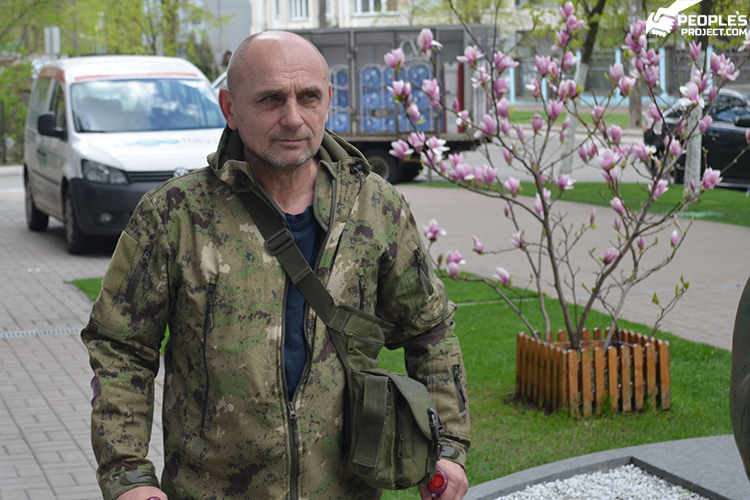 Maybe quite slowly and using the crutches, still Mr. Oleh is walking on his own feet. It is expected to get even better soon!

Meanwhile we are going to ask you for your support of the Project: it works exceptionally thanks to people’s donations, and restoration of our fighters has been carried out at the expense of contributions only, as the state traditionally stays away from treatment of such fighters. And despite the fact we, volunteers of People’s Project, have already paid for Mr. Oleh’s treatment, there are other fighters in the Project who still desperately need our support. Dear friends, please join in – your assistance and care give these wounded fighters another chance for complete life!