After the primary operations on his tibia, 51st Brigade fighter Yuriy is recovering and will return home to further recuperate in the coming days.
On October 2, Yuriy underwent surgery for the introduction of stem cellular material in the form of three-dimensional osteo-progenitor chips placed at the site of his nonunion fracture.
Yuri was enrolled in the social project Bioengineering Rehabilitation for Wounded with nonunion fracture of the right tibia and fibula bones with near valgus deformity to the middle and lower thirds

A year from the date he was wounded the bone had still not healed. His foot was rendered non-functional through the formation of false joints.
On August 13, Yuriy’s treatment began with fencing of cellular material and the fitting of an Ilizarov apparatus. The long process of preparation of the stem cell material took several weeks in the bio-laboratory, after which the soldier was hospitalized for his primary operation. The outcome will be checked in November, some 1.5 months after the primary treatment stage.

More information about Yuriy’s injury and treatment can be found at this link. 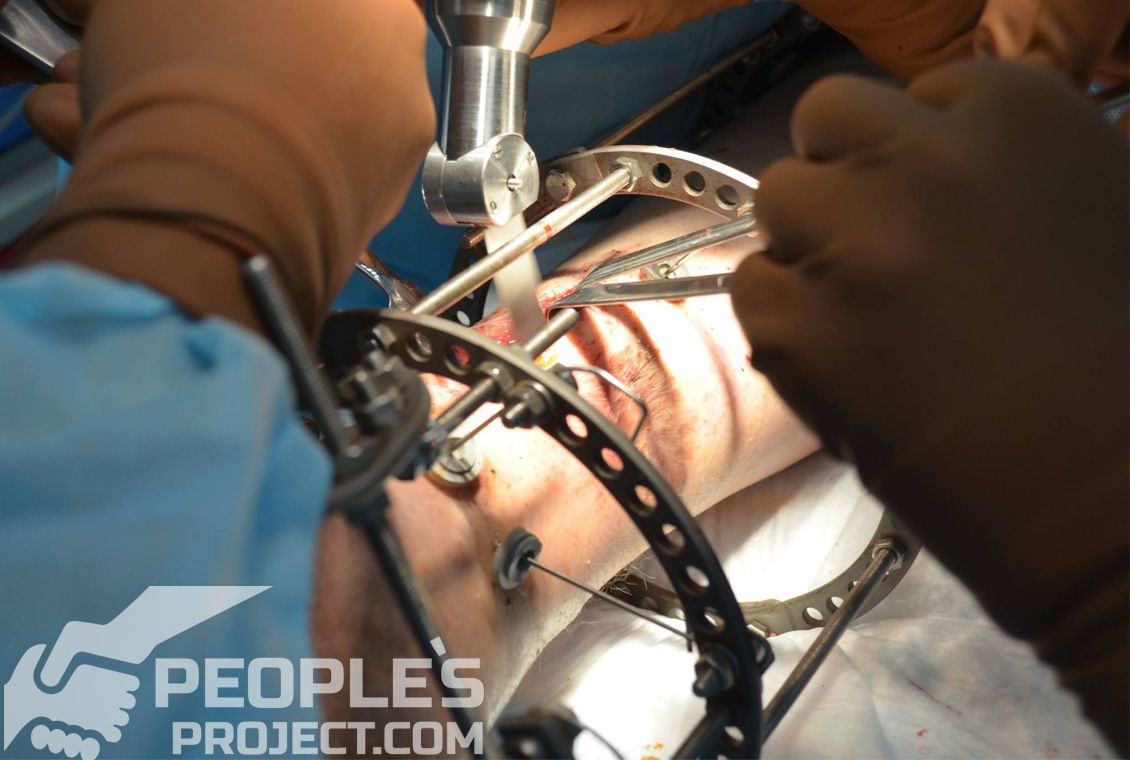 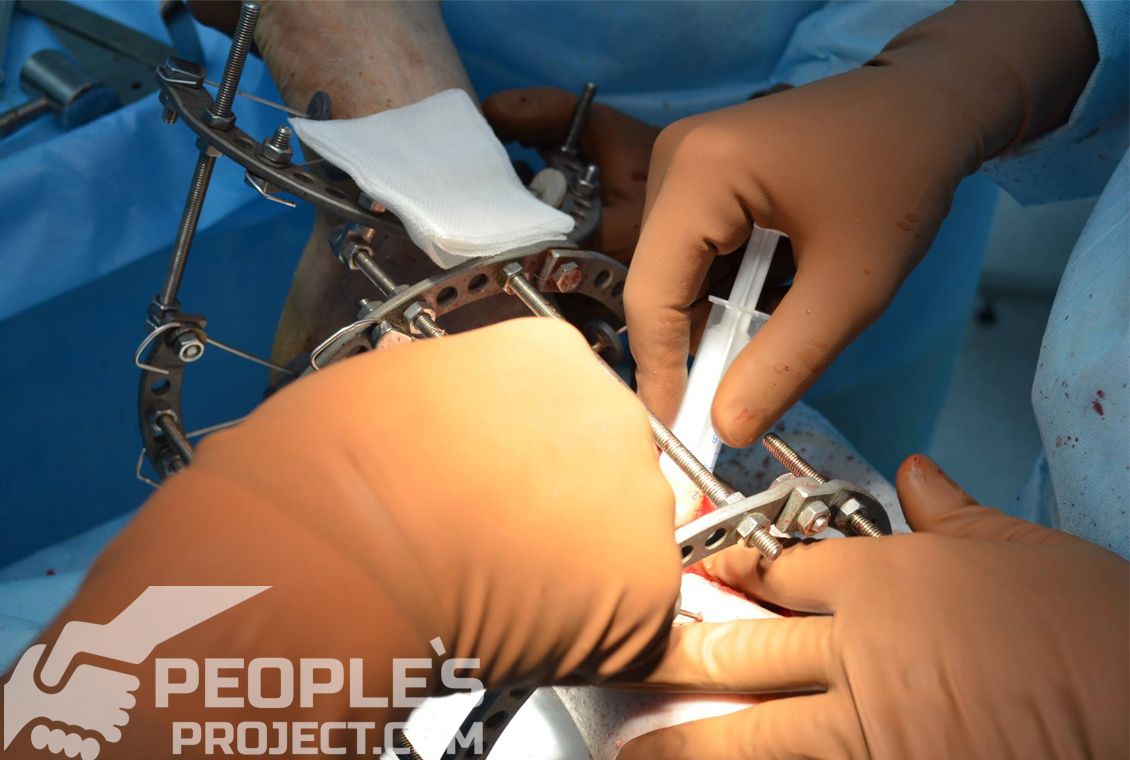