The onset of the war highlighted an extremely acute problem for Ukraine. Streets, sidewalks, public and commercial institutions – almost the entire urban space is virtually inaccessible to people with disabilities. There are problems with the attitude of society: people with prosthetics or wheelchairs are still perceived as having a sad fate, few treat them as equals to the rights of their fellow citizens.

The participants in the The Victors project are strong guys who are not ashamed of their injuries. They fought for the Motherland, they got terrible wounds in the battle for Ukraine – what do they have to be ashamed of? These guys are a model for others more than 500 veterans throughout Ukraine who have suffered the same serious injuries in the ATO. And not only for them – for all other people of different sex and age, who have lost limbs or found themselves in a wheelchair.

The social multimedia project The Victors, was founded as joint initiative between TSN (channel 1+1) and the magazine Viva!, and is dedicated to ATO veterans who have lost limbs as a result of hostilities, but have not lost their spirit. They did not dwell in hopelessness and stove to overcome adversity themselves. It is our duty to show clearly that often restrictions placed on these men is the fruit of our doubts – not theirs. The basis of the updated The Victors-2" project is the 15 impressive photo histories created by Alexandr Morderer and Tatiana Rublova, as well as video art, a series of news stories from TSN and a special charity issue of the magazine "VIVA! The Victors". The curator of the project is the well-known TV presenter and volunteer Solomiya Vitwitska. 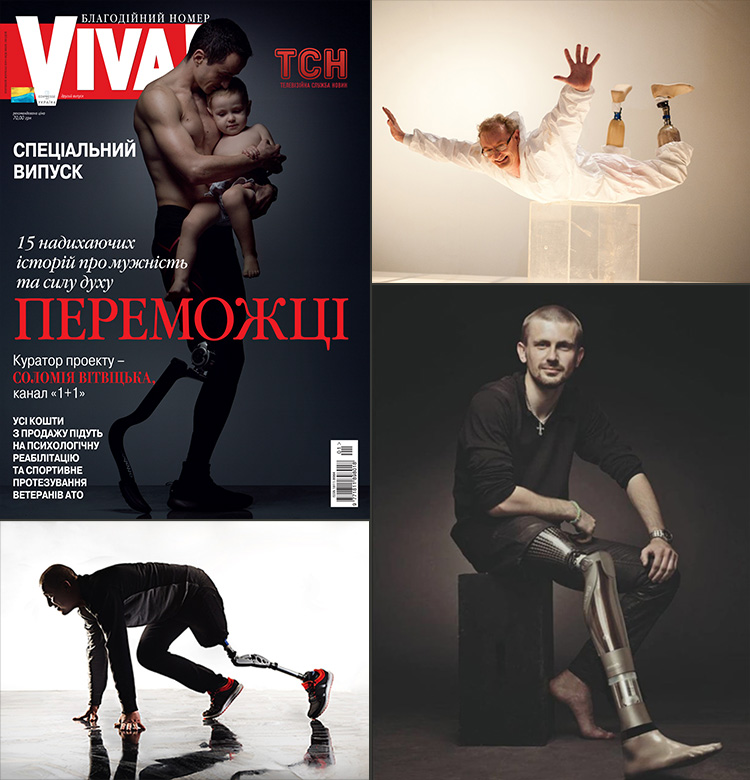 "When I went through the first training on a sports prosthetic received through the US aid program, I cried, because my dream was fulfilled," says Vadym Maznychenko. He lost his arm and leg in ATO, and eventually he almost resigned to never being able to run. Vadym was not abandoned – thanks to support and help, and his own self-belief he overcame all doubts and seized his chance to live. Now Vadym is actively engaged in running, rowing, riding a bike and living to the full. 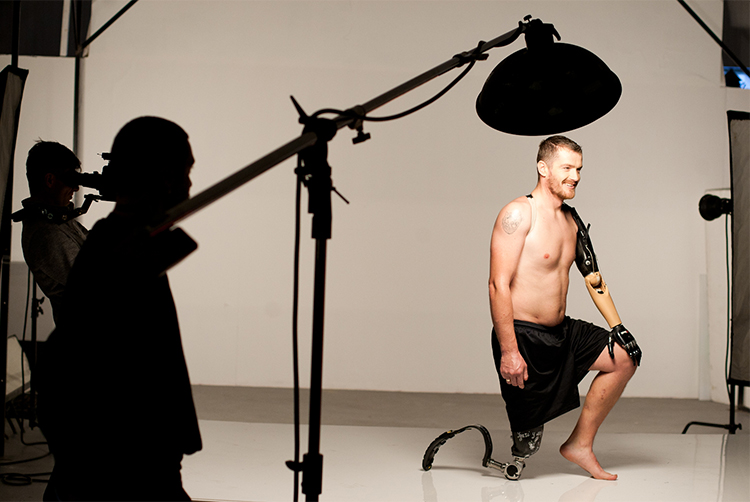 In the updated part of the project, in addition to ATO veterans with prosthetics and wheelchairs, paralympic champions also take part. These are the protagonists all of Ukraine are proud of. Every day they work hard to train their bodies and minds, they achieve new high-quality daily results and inspire others to move forward and not give in to difficulties.

The project The Victors pays special attention to the psychological adaptation and rehabilitation of veterans ATO. Project partner, the team of charitable organization Heart of a Warrior headed by Roman Torgovytskiy, are convinced that ATO veterans can become the driving force behind radical changes in the state. They need only a little help – to learn how to direct their experience and potential in the right direction and to change not only their own lives, but their environment. That is why the development of qualitative psychological help in Ukraine is an extremely important task in the matter of rehabilitation of ATO veterans.

The project is complex, therefore, it pays attention not only to the psychological side of the rehabilitation of veterans. The organizers and partners of the project attach considerable importance to the physiological, in particular, the sports rehabilitation of veterans returning to the peaceful life after wounds, as well as the development of sports prosthetics in Ukraine.

The Victors team is determined to engage people from all over the Ukraine. This is done by inviting people to take part in a charitable 2 km run as part of the half marathons regularly organized by Run Ukraine. A share of the registration fee will be transferred to the charitable purpose. These funds will be used to produce sports prosthetics for the soldiers.

People’s Project joins the global initiative and launches a separate charity project. As part of the "The Victors" project, we announce a fundraiser for the production of sports prosthetics for the heroes of the project. You can read the stories of our heroes below: