Today we are recollecting the tragic event.

Today we are recollecting the tragic event.

For years ago, on the 14th of June, 2014, the pro-Russian militants downed the IL-76 cargo carrying the Ukrainian paratroopers to Luhansk. There were 40 fighters of the 25th Dnipropetrovsk Air Assault brigade and 9 crew members onboard. All of them were killed by an enemy Igla manpad shot.

The loss of 49 military men at a time has still been the Ukrainian Army’s heaviest mass loss for a whole period of independence.

Luhansk airport was closed since the 5th of June when a military aircraft was hit by small arms fire. Since then, only one tarmac was in use, being operated by means of a generator. Thanks to its availability and the work of just one spotter, three fully loaded cargos landed six times a day on the airfield. Its defense was provided by forces of the 80th Lviv Airborne Brigade. Later, the ATO commandment ordered to strengthen the defense with another airborne division, the 25th Dnipropetrovsk Air Assault brigade, to cut off Luhansk from the borderline with Russia.

Still on the 13rd of June the airfield got encircled by the militants, so the only way to provide water, food and ammo supplies for our military was either airdrop or airlift. On the same day, in Dnipropetrovsk, a joint airborne unit had been formed. On the night of June 14th, with the 10 minutes’ interval, they took off from Dnipro. These were the last aircraft that headed to Luhansk.

The first of these IL-76s successfully landed in Luhansk, and they even started to unload it. The second IL was downed during the landing. As the result of the manpad missile shot the aircraft lost the wing, caught fire and crashed 5km east of Luhansk. The third aircraft got informed on the crash and turned back to Dnipro.

The killed military were buried only one month after the tragedy: it took time to gather the mortal remains, to negotiate about the corridor for their evacuation, and to complete the DNA identification tests. 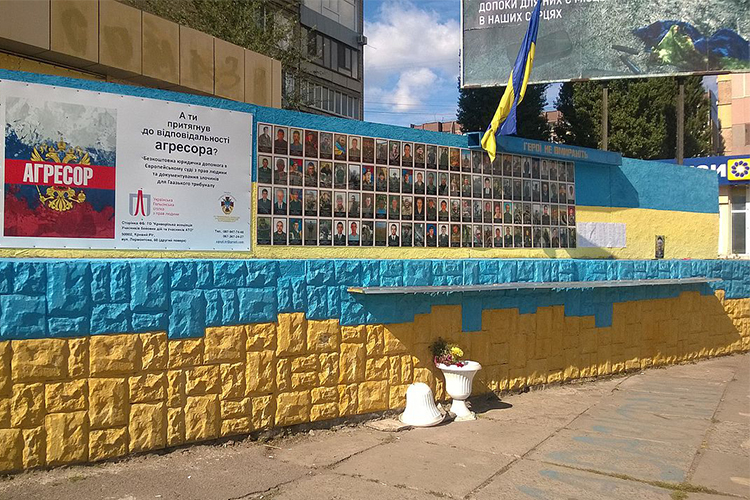 Later, the verdict in case of the downed IL-76 read as follows: “The victims’ deaths were caused by severe violation of anatomical integrity of their bodies which came as the result of combined effect of explosion, drop from a great height and open fire”.

The forensic examiners mentioned that most of the bodies were torn apart or lost their limbs. The Ukrainian military engaged in search for flight recorders and human remains, told that BMD-2 APCs transported by the aircraft, gone melted due to fierce fire.

As the result of the tragedy, the Ministry of Defense of Ukraine dismissed a number of officers and accused the ATO Deputy Commander, Major General Victor Nazarov guilty of negligence. On the 27th of March, 2017, Pavlohrad court found him guilty and sentenced to 7 years in jail, but Nazarov filed an appeal that is to be heard shortly. He insists that his actions were in strict compliance with the combat situation and he had no chance to foresee the attacks on the aircraft.

Paratroopers never die. They ascend into the skies…

Ihor Skachkov (1977) the aviation squadron’s navigator, Captain of the Guard

Serhiy Telehin (1971), the aviation squadron’s head of the maintenance team, Captain of the Guard