Four years ago terrorists attacked patrol boats of the Mariupol...

Four years ago terrorists attacked patrol boats of the Mariupol unit of the Ukraine’s Sea Guard Hryf and Kalkan patrolling the sea in three nautical miles offshore, near the village of Bezimenne, Donetsk region. 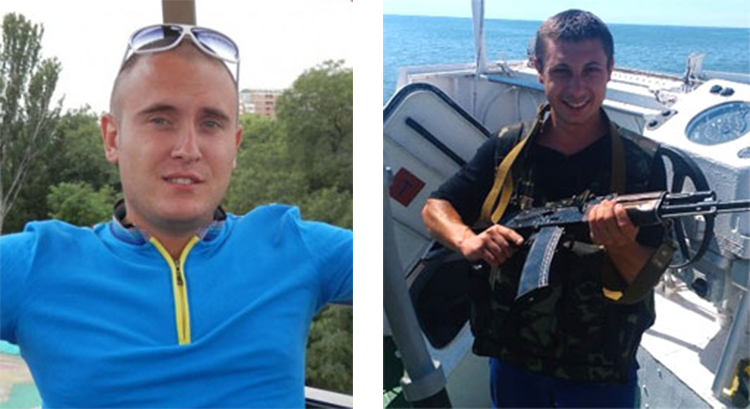 The victims of the bombardment, Denys Petukhov (left) and Bohdan Tyshchenko (right)

As the result of shelling, Hryf patrol boat under command of the senior lieutenant Denys Petukhov, got on fire and sank. The sea guardsmen arranged the rescue operation and took eight seamen out of the water: seven of them sustained injuries and burns. The Hryf captain Petukhov and a deckhand signalman Bohdan Tyshchenko went missing. In a year they were declared dead as divers failed to find their remains. 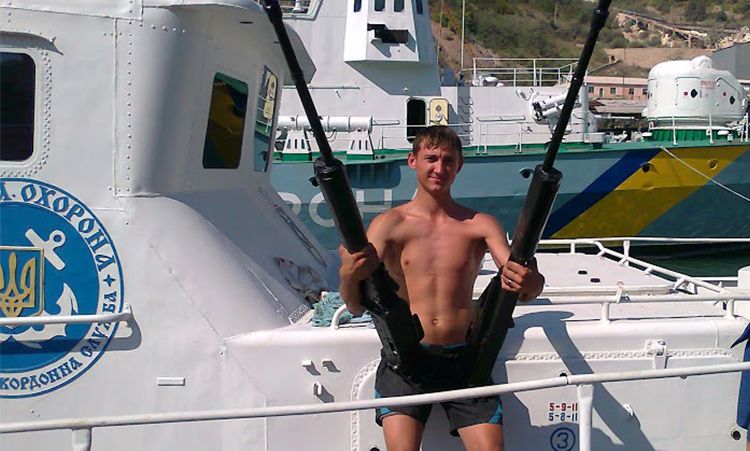 “It happened on the 31st of August, 2014 about 4:00 PM. Having come back from my shift, I went town to the forecastle to take a nap. A few minutes later the boat got hit near the wheelhouse. I heard my comrades shouting from the upper deck. When I examined the ramp leading to the main control, I decided to get out to the deck through the manhole to help my comrades. Still the whole ramp was littered with the vessel’s hull fragments. Having quantified the damages of the pilothouse, I made the decision to move along the port side of the boat to assist the affected.

After my first step I heard a queer whistling sound coming from the shore. I turned back and saw something that resembled a projectile. In a flash, I reacted to the threat and rushed down to get a shelter behind the barbette, still as soon as I started to move, another projectile hit the front part of the pilothouse.

I got thrown away onto the front of the boat. Trying to get down, I felt dizzy, and my whole body hurt. My left arm was the part that hurt the worst. When I raised it to examine the injury, I saw just a half of the upper limb as its another part was crushed with shrapnel.

So I sat down, pressed the arm to my chest holding the elbow with my hand. While examining my left part of the back with another hand, I found a few more injuries caused by shell fragments.

Having focused and risen to my feet, I looked through the manhole into the forecastle and saw my comrade lying on his back. I shouted to him we had to leave the boat immediately. We jumped overboard and swam a few meters. There was a sound of the third hit on the vessel, after which the rest of the crew members left the boat. Almost with no delay, the third and the fourth consecutive hits occurred.

The patrol boat got on fire which caused lots of smoke; detonation of ammo followed the explosions. While swimming off the vessel, I noticed I started to black out due to heavy blood loss. To avoid this, I began to go underwater occasionally. That helped me to remain afloat.

Within an hour a small vessel came to help. We were taken out of water and provided first medical aid. Unfortunately, two our comrades went missing then.”