Dear friends, as we recently informed you, within the Bioengineering Rehabilitation for Wounded project, certain rotation took place. One of the patients whose treatment has already been paid by benefactors, failed to start the course in time, so on reflection Mykyta decided to withdraw from the Project to make way for the other fighters. Lately, two of them have joined in and eventually taken some initial medical procedures. Let us tell you in detail. 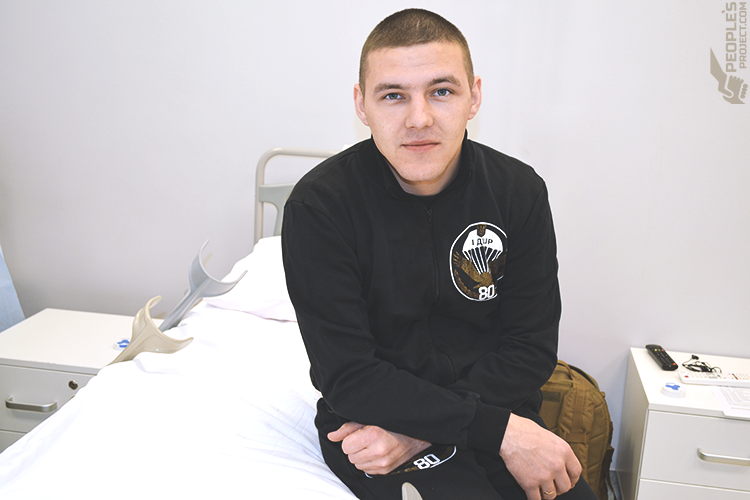 The first of the novices was Petro from the 80th Air Assault Brigade. He is 25 years old, and he is suffering from the consequences of a heavy wound to his left leg. The enemy bullet hit him in Pisky about a year ago; it is almost half a year as he was released from the conventional hospital, still his shin did not fuse up. Moreover: the foot gone twisted, and the whole limb shortened by 3 centimeters. 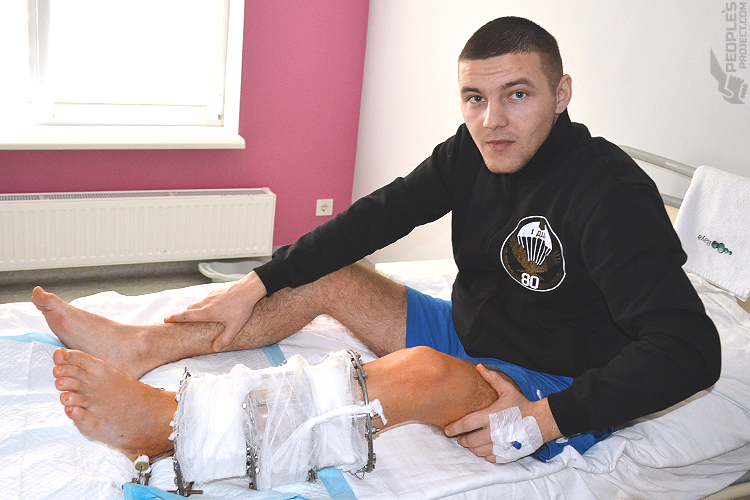 In the “Biotech” Petro has undergone the first surgery. The Project’s medics are going to make his tibia fused in a natural way, without use of cell technologies. For this reason, they performed osteotomy, that is dissection of the remains of the bone aimed to help assemble them in proper position as well as to “freshen” and straighten their surfaces aimed to fuse up; also, they fixed Petro’s leg using the Ilizarov apparatus. 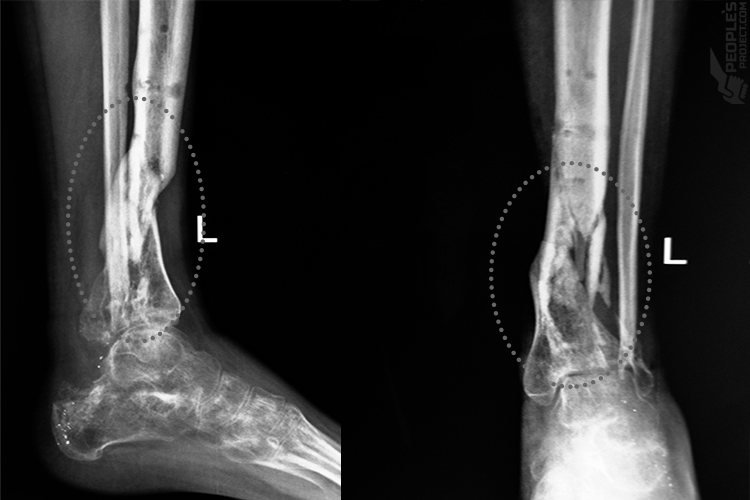 Along with the fusion, the bone will be gradually stretched until it reaches its physiological length. After a while, in four or five months, the doctors will revise the condition of the bone and most likely remove the external fixation apparatus. After this, the brave young fighter will be able to walk on his own two legs and live a normal life. 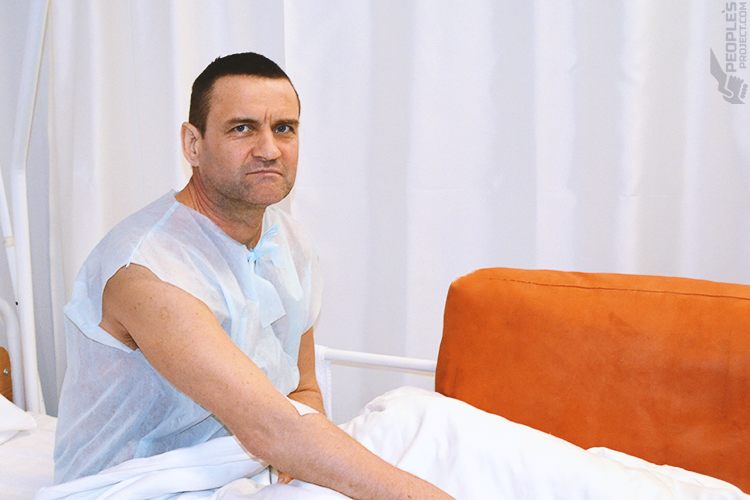 The second fighter is Mr. Valeriy: he is 52 and he used to fight with the “Aidar” Battalion. An enemy bullet hit him in 20165, when their stronghold was shelled with small guns. The bullet smashed his shin; after about two years of treatment the bone still rejects fusing up. Moreover: there emerged a false joint in the area of fracture, and the leg shortened by 2.5 cm. 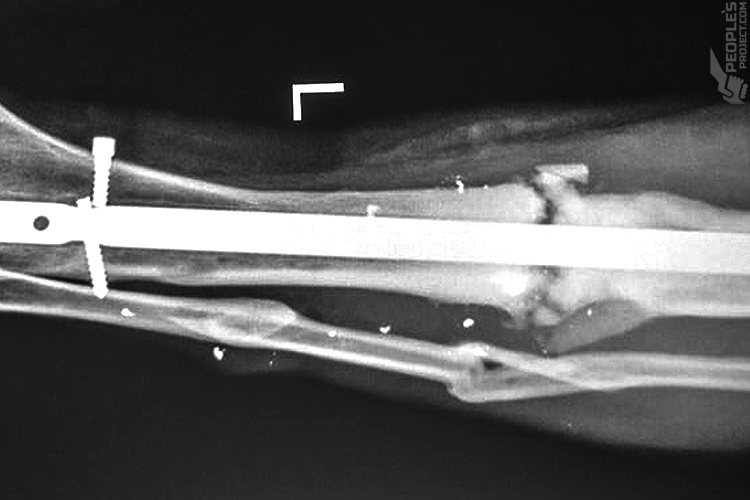 Within the Project, Mr. Valeriy has already undergone the initial surgery. The operation turned out to be prolonged and difficult due to both complications and the amount of work to be done. First the surgeons removed the intramedullary rod that was fixing the remainders of the bone. This was the most intricate issue, as the screws holding the rod, had gone broken a while ago, so the doctors had to pull them out of the bone one by one. The next step, similar to Petro’s case, dissection of the bone aimed to stretch it to proper length; then the Ilizarov apparatus has been mounted onto the injured leg. Apart from fixation, the apparatus is meant to stiffen the false joint to make the fracture fuse up faster. 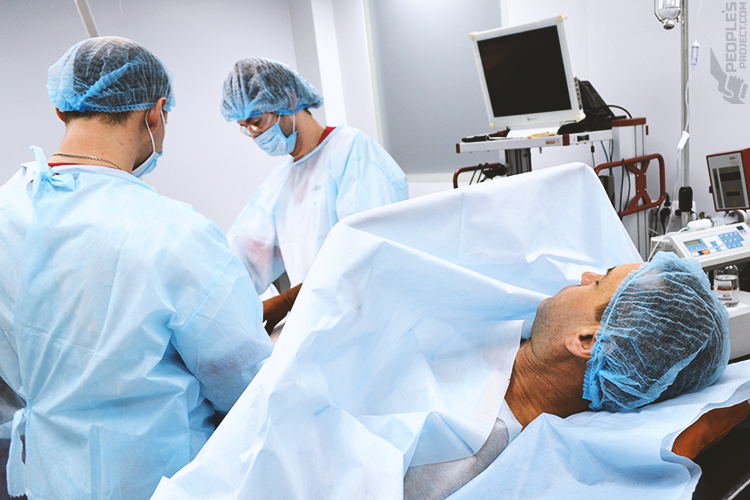 Now to the pragmatic side of the matter. Petro’s treatment has been paid for in full while Mr. Valeriy’s part was sponsored by a half. This was possible thanks to financial support provided by our old friends, the “Helping is Easy!” charitable foundation. Still this does not mean the rest of the wounded fighters can manage without our help. Dear friends, please look through the description and financial reports on the Project, and join in – even a few hryvnias donated into it, often prove decisively helpful. Because if not us, then who will support these fighters?