Viktor L, 24. Treatment is in progress

Wounded near the village of Zhdanivka, Donetsk region. The consequences of shrapnel wounds in the back. Money for the treatment raised.

12.07.2016: Out of his wheelchair, seriously wounded ATO soldier takes his first steps 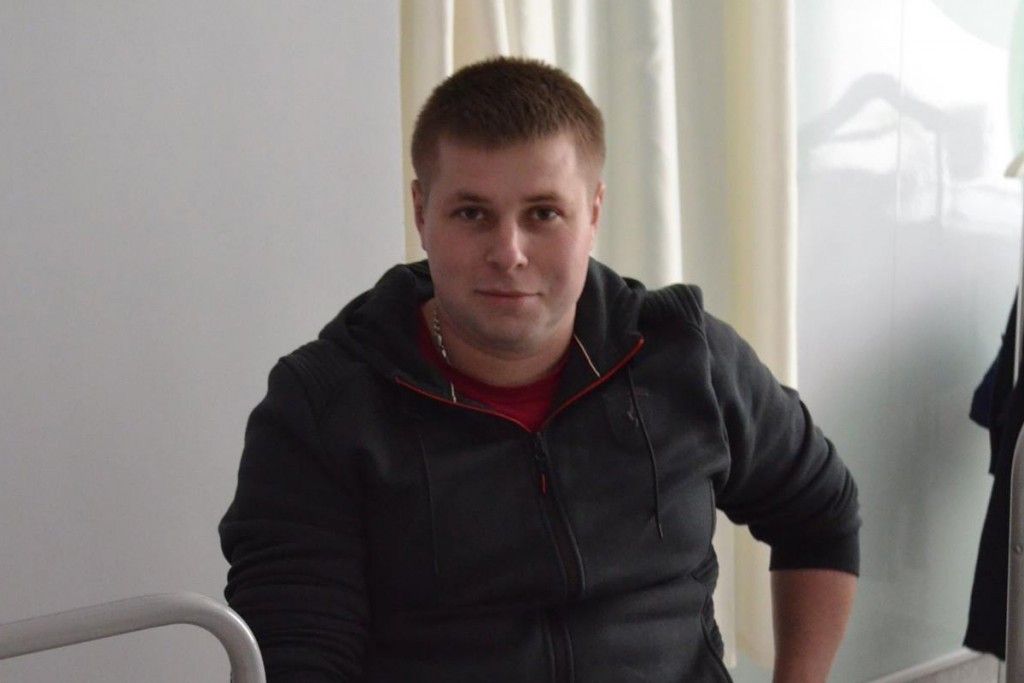 Viktor L, 24, a soldier with the 25th Separate Dnipropetrovsk Air Airborne Brigade. Wounded August 16, 2014 near the city Zhdanivka, in the Donetsk region.

For the past 18 months the fighter has not recovered from the spinal trauma – his condition remains unchanged. Viktor’s legs barely function. The 24-year-old soldier relies on a wheelchair for mobility. However, this problem can be addressed. Cellular technology will help restore the spinal cord of the hero and enable him to return to a normal life. Viktor is a career officer serving in the rank of lieutenant. In 2013 he graduated from the Petro Sahaydachny National Academy of the Army. He served in the 25th Air Dnipropetrovsk. Airborne Brigade as a platoon commander, and later as company commander.
From the very beginning of the war, March 1, 2014, Viktor was performing combat missions in Eastern Ukraine. For six months within the ATO zone he took part in many of the war’s hotspots. When liberating Zhdanivka near Yenakiyevo, in the Donetsk region, he came under mortar attack. Viktor received shrapnel wounds. His entire body was pierced by fragments and he received multiple fractures and burns, but the most severely damage was to his spine in the thoracic region.

“I was in an intelligence patrol brigade, or rather commanded this group. During reconnaissance behind enemy lines, we ran into an enemy unit post that was destroyed without a single loss on our part. Then we went further to clear the area and approached a bridge, which was mined. We successfully defused them. Near the bridge one of my soldiers wounded after being shot in the leg by a sniper. We started evacuating immediately, but came under mortar attack, when the third shell fell I was injured,” Viktor recalls.
The soldier was born in Dnipropetrovsk, but now lives with his wife in Lviv. For his participation in the ATO the was awarded the Order of Bogdan Khmelnitsky III level, the order “For the Defense of the Country”, and the medal “For Military Valour”. Cost of treatment including medical center discount of 22%: 132 004 UAH